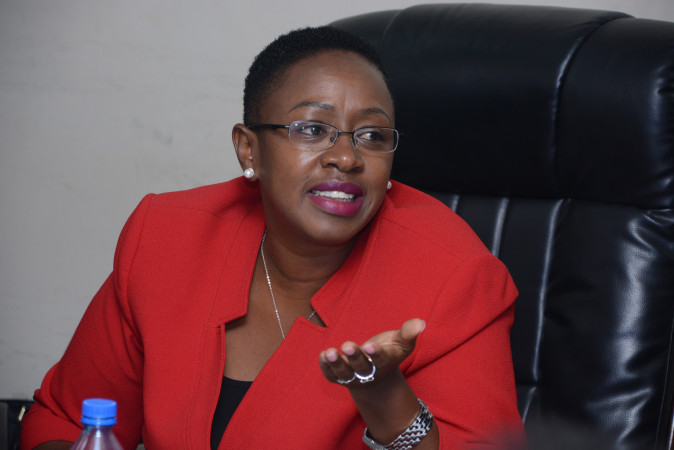 Chege, who has served the people of Murang’a as their Woman Rep for two terms, bid the residents a goodbye on Sunday saying she will venture into national politics.

The MP said  that she will concentrate on national politics and popularise the coalition to Kenyans. “I’m grateful to serve Murang’a people as the pioneer woman representative under the new dispensation of the Constitution.”

She was addressing  her supporters at Murang’a Teachers Training College.

“It has been an honour, an opportunity to grow in leadership, serving with dignity and humility,” she said.

“As I move to the next level of leadership, I will build the momentum from here, I will serve with all the zeal and determination. Asanteni Sana Watu Wa Murang’a County,” sha added.

The chair of the parliamentary committee on health praised President Uhuru Kenyatta for giving her a chance to serve as chairperson in various parliamentary committees, saying she has grown in leadership. “I sincerely thank the president who is my party leader for believing in me and giving me a platform in the National Assembly to serve in the capacity of Education Chair in the first term and Chair Health Committee in the second term,” she added.

Chege is among elected leaders from Mount Kenya region who have remained as taunch supporter of Jubilee party which forms part of the Azimio – One Kenya coalition. The woman rep was also selected as a member of the national executive council of the coalition.

“The handshake which some people in the government were against, enabled the Jubilee administration to work smoothly and Kenyans can attest that roads, water, hospitals among other projects have been achieved during the second term of President Kenyatta. “I urge people of Mount Kenya region to rally behind the president and the Jubilee party as it has laid the foundation for development in future,” she added.

She said the handshake made it possible for the government to focus on development and that without it numerous roads, power connections and water projects that have been implemented would have been impossible.