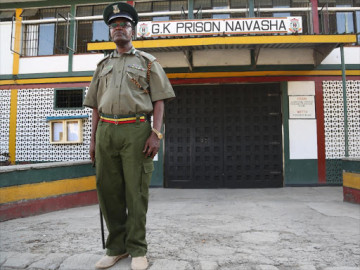 The former Assistant Commissioner General of Prisons Patrick Mwenda, has died after undergoing head surgery to remove a blood clot, which reportedly formed after a bathroom accident.

Mr. Mwenda who also served as the Officer in Charge of Naivasha Maximum Prison before his retirement, died at a private hospital in Mombasa, two days after undergoing the operation.

The deceased’s friend Francis Mwangi is quoted by a local publication: “He was in perfect health in his Mombasa home when he fell and suffered a head injury. He, unfortunately, died a couple of days after the operation.”

Mwangi similarly added that prior to his death, the former prisons boss was an avid supporter of cremation and that his family will respect his wishes.

“His wish was that he be cremated and we are working on that before holding a memorial mass at his home town in Embu.”

The deceased will be remembered for introducing education reforms in the country’s correctional services facilities that has seen more than 2,000 inmates get learning opportunities behind bars.

During his time at Naivasha Maximum Prison, Mwenda also championed the formation of the Mindfulness Project which sought to positively change the intellect of inmates before returning back to society after finishing their sentences.

Woman denied matrimonial property as they are not divorced