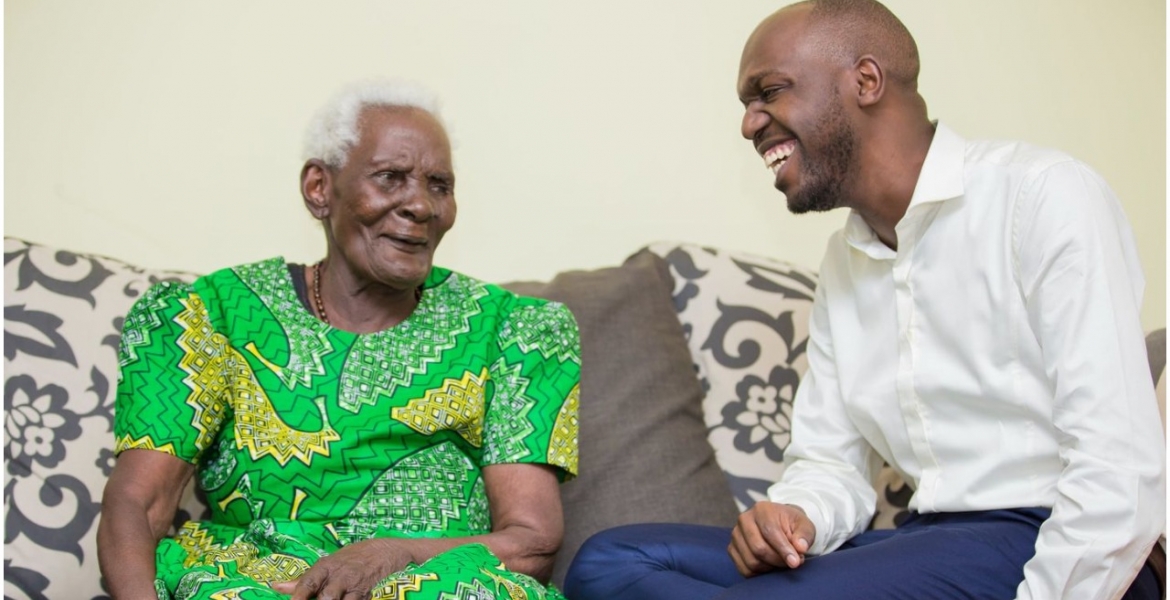 Madowo, who recently moved to CNN headquartes in Atlanta, Georgia, announced the passing of  Francesca Madowo, 96, through his social media pages on Friday.

“My grandmother, the family matriarch, our heartbeat, my comedy partner, the dearly loved Francesca Madowo, has joined the ancestors,” Madowo wrote.

“I am numb. My heart has been ripped from my chest. Light has gone out of my life. Nind gi kwe, min Omollo (Rest in peace, Mama Omollo).”

Her death comes barely a month after Madowo disclosed that the nonagenarian was on a ventilator for weeks after contracting COVID-19.

“Even at 96, my Kenyan grandmother was among hundreds of millions in the developing world who was not vaccinated until recently because rich nations have hoarded most of the available shots. Though I’m more than 60 years younger than her, I was fully inoculated by April because I was living in the United States,” Madowo said in an article published on CNN.

The CNN anchor of the program said he had lost at least three family members to coronavirus, including his uncle.

“I had just finished filming at a crammed ICU treating critical Covid-19 patients in Uganda’s capital of Kampala last month when I learned that my uncle Justus had himself died of the virus across the border in Kenya. I was heartbroken and angry,” he said then.

Larry’s grandmother had been on a ventilator for four weeks.

Madowo had said that his heart would sink every time he got a call from a relative as he would anticipate bad news.

“Every time I see a call from home, my heart sinks. I always fear that they’re ringing to say that my grandmother has died.
Madowo anchors “One World” on CNN International from Atlanta, Georgia. The hour-long show focuses on the fall of Afghanistan with reports from Clarisa Ward in Kabul, Nick Paton Walsh in Doha, Melissa Bell in Paris, Barbara Starr at the Pentagon and Jeff Zeleny at the White

He previously worked as a North America Correspondent for the BBC and also anchored breaking news and presented BBC World News America from Washington, DC.

How to Make dollars in Kenya with Online Jobs