SAD: Kenyan man - a US Navy Veteran - who was reported missing in 2020 found dead in Richmond, VA 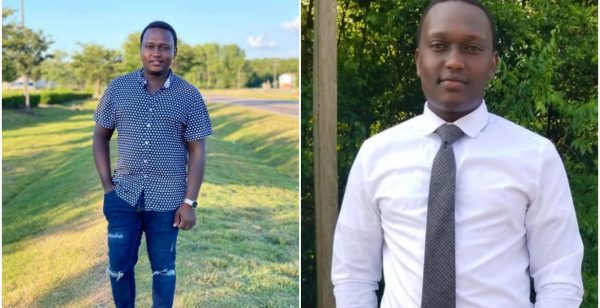 A Kenyan man who went missing in Virginia in December, 2020 has been found dead. The  body of Weldon Kipsang Bett has been discovered in a wooded area near Norfolk, VA.

Kipsang, 27, was last seen on December 14th at around 7:45 am at the Janaf Shopping Center on E. Virginia Beach Boulevard.

According to authorities, Kipsang, a US Navy veteran, moved to the US in 2014 and was working in the ICT sector before his disappearance.

Local media reported that his phone and car were reportedly later traced to a yard near Lake Taylor.

“We are deeply saddened to inform you about the loss of Weldon. Weldon was found in a wooded area near Norfolk City and was deceased. The Kenyan community here in the USA and family in Kenya are planning to transport his remains for burial in Kenya,” read part of a statement issued on Thursday by Erick Kebenei, the President Gotabgaa International INC.

Following the sad development, the family is seeking financial support to cover the cost of transporting Kipsang’s remains to his rural home in Kapsogut village, Kericho County for burial.

Please send you contribution either of the following:

READ ALSO  Surviving rape, suicide attempt to live a full life
Related Topics:Kenyan dies in USkenyan man dies in USKenyans in DisaporaKenyans in USNews
Up Next