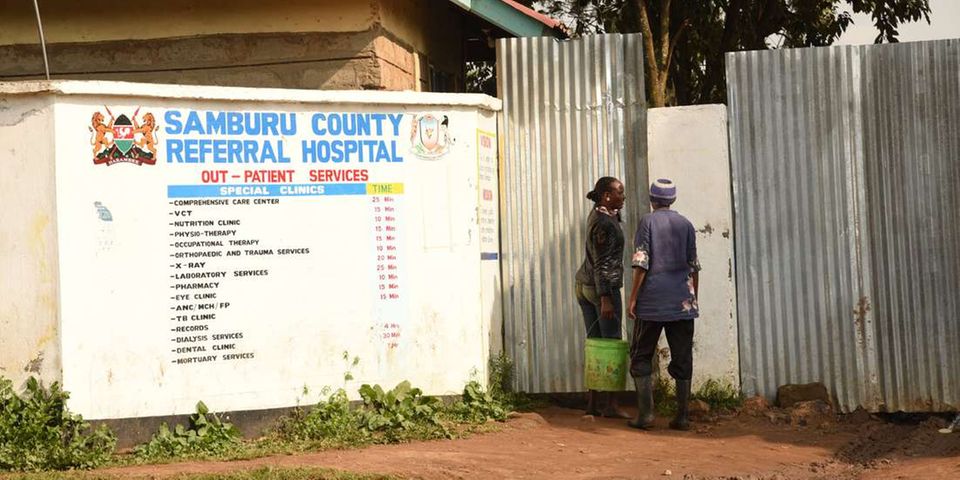 Days after the Nation lifted the lid on his mysterious disappearance and possible death while admitted for treatment, the Samburu County Referral Hospital has admitted that the charred remains found within its compound on January 18 belonged to missing patient John Gakuya.

Gakuya, 47, was admitted to hospital on October 15 and disappeared from the ward rooms eight days later.

His partially burnt skeleton was discovered within the compound after three months.

The hospital, in a report, said that, the patient became violent due to his malaria affliction, which led to psychosis, and could have stumbled out without anyone noticing.

However, questions abound as to how Gakuya evaded security guards to end up dead not so far away from the staff quarters.

The report that was handed over  to Health executive Stephen Lekupe indicates that the hospital did not know his whereabouts even as his body lay about 70 metres from the staff quarters.

“The hospital did not have a clue as to his whereabouts,” said Mr Lekupe.

“But when the skeleton was discovered, we confirmed that the remains belonged to Mr Gakuya,” he added.

Gakuya could have been trying to escape from the hospital, Mr Lekupe speculated.

At the time of his disappearance, Mr Lekupe explained, Gakuya’s condition had significantly deteriorated.

“He probably wanted to escape from the hospital and couldn’t because he was overwhelmed. The fence was thick and this may have prevented passers-by from finding him,” he explained.

However, Gakuya’s family remains unconvinced, and are accusing the hospital of negligence.

His widow, Ms Hellen Naasu, said the hospital did not attend to her husband properly and had been suspiciously economical with information.

She said she was still perplexed as to how her husband remained missing for so long if the alleged searches were indeed conducted, and how hospital staff failed to detect his decomposing body metres away from their houses.

She said she was dissatisfied with the hospital’s explanation, noting that it took more than 10 days for the management to issue a statement.

Ms Naasu said she was shocked that the hospital took that long to reach out to her with information on her husband’s death.

“It has taken too long to get the hospital to divulge any information, but their explanation is still not satisfactory. This is a nightmare,” she said.

Meet US-based Kenyan woman with a passion for Digital Economy

Shocking details of how man plotted his girlfriend’s macabre murder