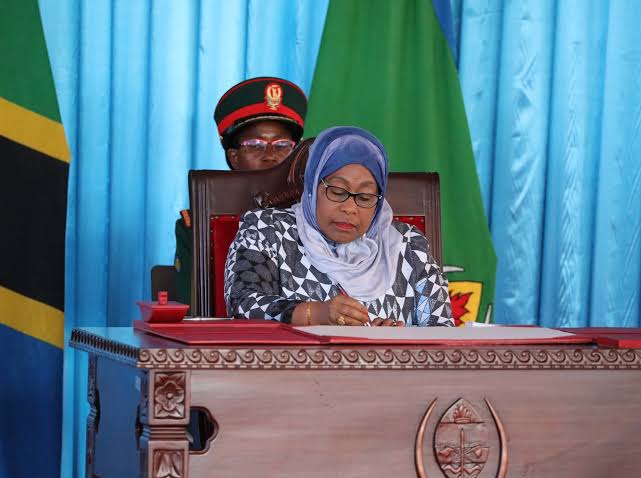 Tanzanian President Samia Suluhu has surprised many after sacking a government official just hours after appointing him.

Mwesiga was replaced by by James Mataragio, who was reinstated to the position.

“President Samia Suluhu Hassan has revoked the appointment of the director-general of the Tanzania Petroleum Development Corporation (TPDC), Thobias Mwesiga, who was appointed on April 4, 2021.

Following the decision, President Samia has reinstated James Mataragio to be the TPDC director-general. Mataragio was the DG of TPDC prior to Mwesiga’s appointment,” a statement by Tanzanian State House stated.

It still remains unclear why Mwesiga was fired.

This came a week after Suluhu suspended the director-general of the Tanzania Ports Authority (TPA) Engineer Deusdedit Kakoko over alleged mismanagement of funds.

The Head of State made the decision after it appeared that TPA had not accounted for over KSh 160 million of the taxpayers’ money.

Suluhu replaced Kakoko who has a pending court case with Erick Hamis.