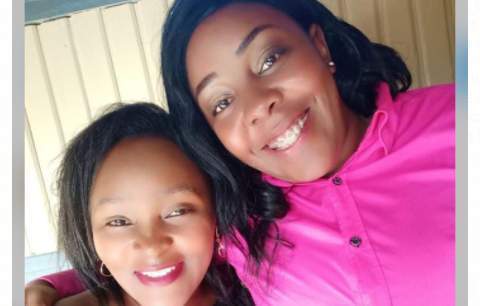 Samidoh’s wife Edith Nderitu is drumming up support for Karen Nyamu’s competitor in the Nairobi senatorial seat ahead of the August general elections.

Eddy in an Instagram post uploaded a photo with the said aspirant identified as Julie Kabogo with a brief caption that read; “My senator(Nairobi senator 2022).”

The post, however, spark mixed and hilarious reactions from fans who camped in the comment section with some asking her to instead support Karen Nyamu who is also contesting on Deputy President William Ruto’s UDA party ticket.

Here are some divided reactions

@Susankarimi7: “You have the right to support whoever you want .If anyone is unhappy about it aende akapost mwenye ana support Kwa wall yake alaa ,Sisi goat wives 🐐 hatupakwi Mashuru alaa this is 2022.”

Police officer in Meru shoots civilian outside bank, surrenders to his boss