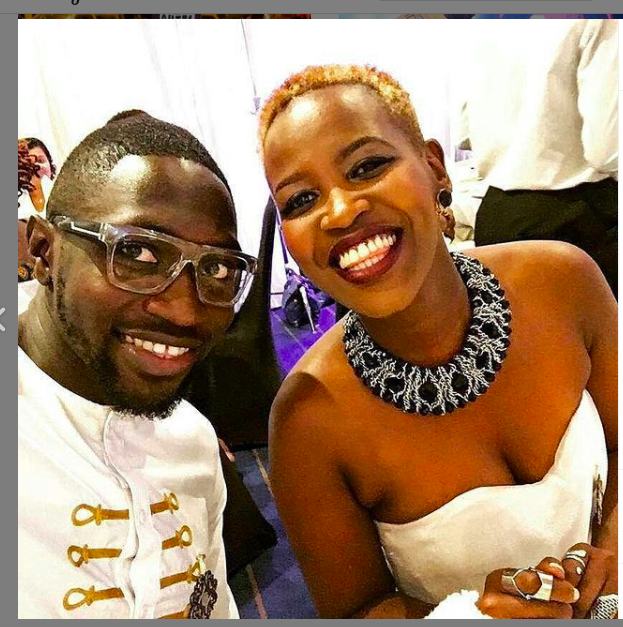 Sauti Sol’s guitarist Polycarp Otieno alias Fancy Fingers has been forced to defend himself from allegations he is stepping out on his wife.

The allegations come after a video shared on controversial blogger Edgar Obare’s second Instagram account appeared to show Otieno in the company of an unidentified woman at a private beach in Watamu, along the Kenyan coast.

It is further reported the two left the venue upon realizing it was not secure.

Obare reached out to Polycarp to ask if the woman captured in the video was his side chick.

“So now I can’t hang out with my female friends…I do not have a girlfriend, I have a wife. It’s unfortunate that people are out to taint other people’s lives. I saw this lady taking a pic of me and I let her entertain herself…please carefully analyze what is sent to you…” he said.

The allegations emerge amid claims Polycarp’s better half is out of town.

The couple welcomed their first child in September last year, and Polycarp has been spending some quality time with mother and child.

The two have been together for the last eight years, but only got married in 2018 in a lavish wedding in Burundi, where Landy Mandy hails from.

All along, the artist has managed to keep his love life private.