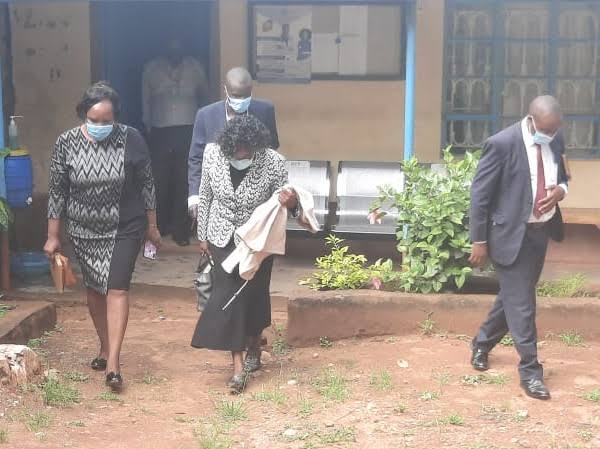 According to reports, Mutuku posted the Mathematics paper on her WhatsApp status on Monday evening, April 5.

The principal intended to have the candidates trans-night while preparing for the exam scheduled for Tuesday, April 6.

In other news, Education CS George Magoha has announced that Kenya Certificate of Primary Education (KCPE) results will be out in two weeks time.

Speaking on Tuesday, April 6, the CS said marking of answer sheets was complete with only English Composition and Kiswahili Insha remaining.

Further, the CS directed that all candidates be allowed to sit for exams regardless of whether they have cleared school fees.

READ ALSO  Father of 17 pleads for help as life pushes him to the edge
Related Topics:
Up Next