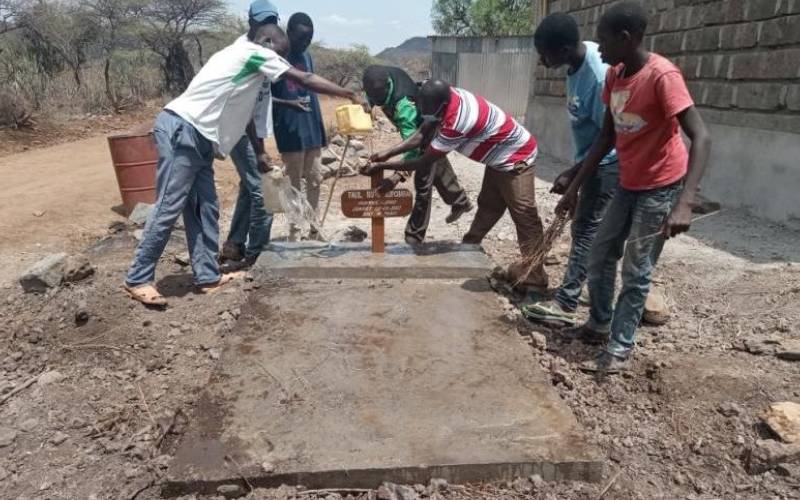 A school in Baringo County has moved to court seeking orders compelling a family to exhume a body of their loved one buried in its compound.

Paul Kipchabas was buried in front of a classroom on the night of March 25 in what is shaping up as a major land dispute between the school and his family.

Kipkebut, in documents filed at the Senior Principal Magistrate’s court in Kabarnet, said they were surprised to find a grave in the school compound on March 26.

The man died on March 23 in Nakuru County after a short illness.

“I reported the incident to the local administration, area police station and wrote to the public health office, all of whom visited the site and on assessing the situation, they issued notice to the school management to have the remains of the deceased removed from the school citing nuisance the grave was causing,” said Kipkebut.

He said: “The officials concluded that burying the body in the school compound will expose learners to health risks while subjecting them to mental or psychological trauma as they play and walk in or out of their classrooms.”

The headteacher indicated that it was taboo and immoral for children to be seeing a grave within the school.

“Our board of management requested the widow and her son to remove the remains of their loved one from the precincts of the school as directed by the public health officers, but they have declined to do so,” said Kipkebut.

He told the court an order was issued by the medical officer of health directing exhumation of the body.

Kipkebut further told the court that the health department had directed that the body should be buried at a suitable alternative land or at a public cemetery as provided by the public health Act.

He also wants the court to order the Loruk Police Station OCS to provide security during exhumation.

Public health officials, through a letter dated March 27, had issued a seven-day notice to the school to remove the body failure to which legal action would be taken against it and the local community.

Kipchabas’ family, through lawyer Solomon Chepkilot, however, claims the school had encroached on their land.

The family claims it had donated 10 acres but the school extended it to 32 acres. Chepkilot said the family, after the burial, had informed the court that there was a land dispute between them and the school.

Before his death, Kipchabas had filed a suit in which the boards of management of both Koroto Secondary and Koroto Primary schools, Baringo County government and Baringo County Land Adjudication Officer were respondents. Under ELC case no 1/2021, Kipchabas had accused the respondents of invasion and maliciously turning his land into public utility.

Kipchabas, through a sworn affidavit, had told the court that his grandfather had donated about 10 acres to the primary school in the 1970s.

Chepkilot argued that there was no approval for the construction of the secondary school. He informed the court that the school had intruded into Kipchabas’ family.

“The deceased had fenced off his land but the school destroyed the fence,” he said, noting the family had no alternative land to bury their loved one.