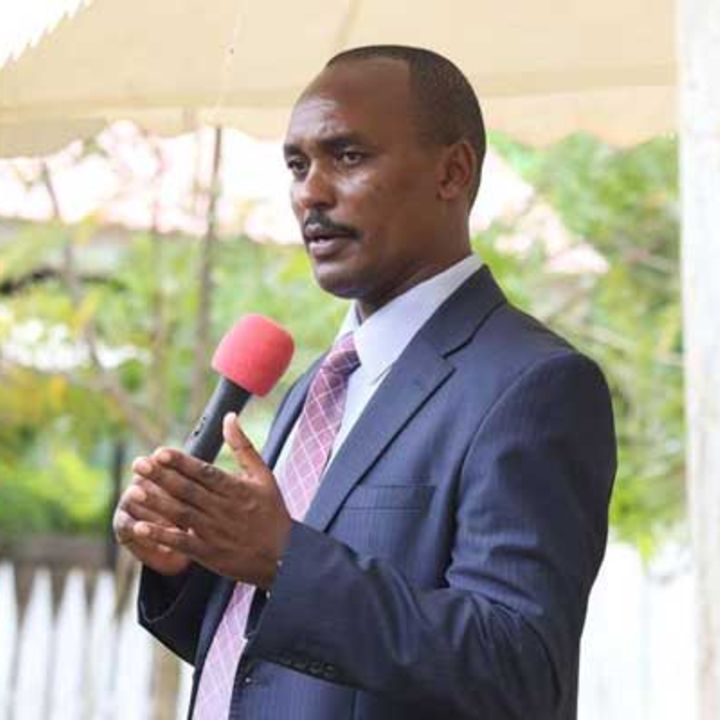 Detectives searching for former soldier and security consultant Mwenda Mbijiwe are now looking into his dealings, as they try to establish what might have led to his disappearance.

Questions are also mounting on who has the resources to make a man who is usually armed disappear without a trace.

Frustrated, Mr Mbijiwe’s family has pegged their hopes on social media, hoping to get clues on what might have happened to him.

“Where are you, honestly? It is getting scary and frustrating,” his sister Tamara Mbijiwe wrote on Facebook over the weekend.

It is now 11 days since the CEO of Eye on Security Ltd left Nairobi for his rural home in Kimbo village in Meru County, never to return again.

The car that he was using, a white Toyota Fielder, was over the weekend discovered in a coffee plantation near Tatu City in Kiambu. The car had been hired from Mr Edward Mwangi for a period of three weeks for business purposes, according to the owner.

Mr Mwangi has said that the former Kenya Defence Forces soldier was supposed to return the car on the day he went missing – June 12.

“I wanted to find out when he was going to come back from Meru but he was not answering his phones,” said Mr Mwangi, who has since been handed back his car.

The reason Mr Mbijiwe would borrow a car for three weeks and the type of business he was using the vehicle for is forming the basis of investigations into his disappearance.

Detectives are trying to establish why a man of means such as Mr Mbijiwe, who lives in the upmarket Kileleshwa neighbourhood in Nairobi, and who has even run for governorship, would hire an ordinary car like the Toyota Fielder for   three weeks for his personal use.

Interestingly, police are yet to summon Mr Mwangi to record a statement.

This is raising questions about the seriousness of the State in finding out what happened to Mr Mbijiwe or his whereabouts.

Even more worrying is that all the men who have either disappeared or have been murdered in unclear circumstances and no killers arrested, were involved in dealings with certain elements of the State or the National Police Service.

The Kitengela quartet, Dafton Mwitiki and Bashir Mohamud, who have all disappeared or ended up dead in recent months, had dealings with state elements.

The Nation understands that Mr Mbijiwe was a common character at the Pangani Police Station, although his dealings with a number of officers there are unknown.

The former soldier, and a frequent guest on TV as a security expert, is a licensed firearm holder.

Those who know him say that he had a number of times displayed acts of either recklessness or bravado due to the fact that he had a gun.

On one occasion last year, he controlled traffic at the Roysambu roundabout on Thika road, even though he is not a traffic officer.

“He opened his jacket and held a gun that was in his belt holster with one of his hands, and made sure that we saw it,” a person who knows him from watching his analyses on TV told the Nation on Monday.

Additionally, although Mr Mbijiwe is a renowned security consultant, police sources say he was involved in questionable dealings.

In 2019, the security consultant was arrested and charged with obtaining money by false pretence.

According to police, Mr Mbijiwe had obtained Sh150,000 from Mr Fadhili Abdi Mohamed by pretending that he was in a position to get his sister a job at the United Nations.

He was released on a cash bail of Sh50,000. The case is still pending.

Meanwhile, Mbijiwe’s family has appealed to the security agencies to speed up investigations into the matter.

Family in the dark

Though reluctant to speak at length about his disappearance, Mbijiwe’s uncle, only identified as George, said the family was largely in the dark and were following the development in the media.

Speaking at their family home in Kimbo village in Kibirichia, Meru County, the uncle said Mr Mbijiwe’s mother had travelled to her son’s Nairobi home to keep abreast with the information.

He said the news of Mr Mbijiwe’s disappearance had upset the residents of the largely agricultural village and they were constantly calling asking about the search progress.

“The villagers are saddened by the incident but I have no information (to offer). He never arrived home and did not communicate with us. Only those in Nairobi can give you the information,” he said.

“No government officer has come to us to ask anything as everything is being handled in Nairobi. We would want the police to put more effort so that we know about his status. They are the ones with the ability to investigate and know how he is,” he said.

He said Mr Mbijiwe had never expressed fear over his life.

Their home is adjacent to Kimbo Primary School where the security consultant attended during his formative years.