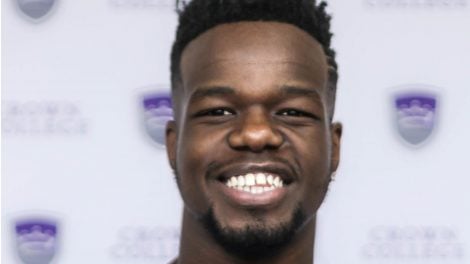 A Kenyan has been reported missing in the United States, forcing his colleagues into panic mode in their search for him.

Keegan Oyugi, 26, has been reported missing since Saturday according to the Chaska Police Department in Minnesota.

He was last seen around the Prior Lake and Savage area in the County, as per a poster shared in the Minnesota missing person group.

Friends say he sent a text to his brother indicating he was headed home but never made it.

He was last seen driving a 2012 red Ford Mustang with a white stripe on the rocker panel and temporary Kansas license plates with the number C63-2096.

Oyugi was wearing a red and white vertical stripe shirt with a navy blue horizontal stripe on the chest, and dark blue jeans with red and blue shoes.

He is 5-foot-9, weighing 180 pounds with black hair and brown eyes.

Minnesota Kenyans Association, which is a consortium of Kenyan associations in Minnesota, has reached out to the community and asked for volunteers to help in the search.

Oyugi graduated from Wichita Southeast High School and went on to play basketball at Neosho County Community College in Kansas.

He moved to Minnesota in 2017 to enroll at Crown College where he also played in the basketball team. He graduated in 2019.