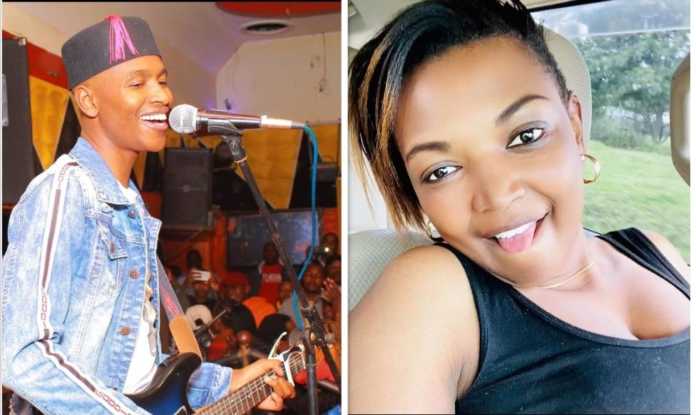 Samido Muchoki’s baby mama and controversial politician Karen Nyamu has told off those claiming that she broke the singer’s marriage.

Nyamu, who vied for Nairobi woman rep seat unsuccessfully in the 2013 general elections, shared a video of Samido soothing their son but this didn’t go well with a section of her fans.

Jane.james114 wrote, ‘Your dating a married man and think he would never cheat on you’.

Nyamu savagely responded back and her response read,

‘So what!! Cio wewe wamwisho,,, the truth is you’ll remain a mistress woman! Don’t think he will leave his wife and marry you 🤣🤣🤣 and by the way, take care of your child!’

The mother of two responded telling her off,

‘@hadassahnjagzz listen, I’m not a petty woman like you to be happy with a man who can leave his wife. That’s a boy. does it pain you so much that he is taking care of his son? Kama chungu tema🤣’