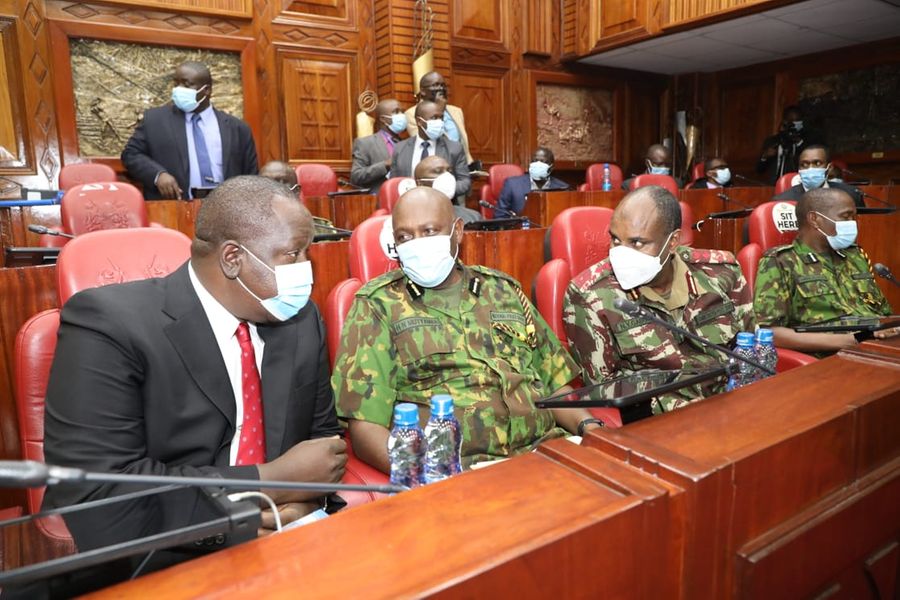 He revealed the information in Parliament on Wednesday. He had been summoned by the Committee on Administration and National Security to discuss recent changes made to the DP’s security team.

The properties listed by the CS include Weston Hotel along Lang’ata Road, a 15,000 acre ranch in Laikipia County, two hangars and five helicopters at Wilson Airport among others.

Also included in the list is the Sh600 million Dolphine Hotel in Shanzu, Mombasa County, which he said has six state guards watching over the property.

The 10 properties listed as receiving protection, according to CS Matiang’i, are:

Watch Wednesday’s grilling of CS Matiang’i at Parliament below: