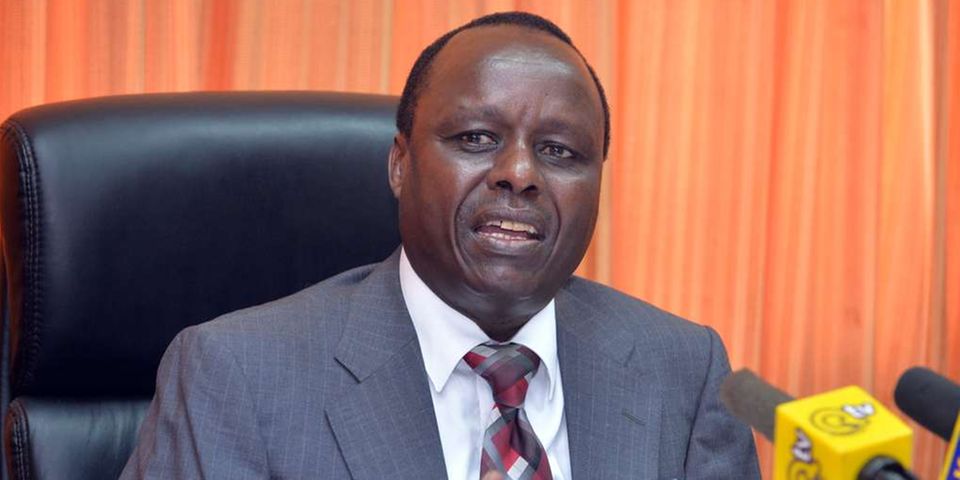 Former Embu senator Lenny Kivuti has denied that it is his car that hit and killed Chris Nderitu, the man on a wheelchair who was reportedly run over by top-of-the-range vehicles as they sped to Sagana State Lodge for a meeting with President Uhuru Kenyatta.

While he admitted his car was one of the three vehicles involved in the macabre accident in which Nderitu lost his life, he dismissed claims that the vehicles sped away without any due regard to the victim.

In an interview with the Nation, Mr Kivuti admitted that the accident happened but insisted the police stepped in and dealt with the situation as required by law.

“It is not true to say that the victim was killed by a hit-and-run vehicle,” Mr Kivuti told the Nation in a telephone interview.

“We stopped and the area OCPD and his officers, who were in the convoy, did everything that is required in such a situation. In fact, the drivers of the three vehicles were left at the scene and the vehicles towed to Naro Moru Police Station. The question of hit-and-run does not arise.”

He did not provide specific details of the accident, but added the vehicles which rammed each other were part of nearly 50 vehicles in the National Assembly Speaker Justin Muturi’s convoy, which was headed to the state lodge.

The first of the three vehicles, which appeared to have been competing, knocked Ndiritu off his wheelchair, while the two that were closely behind ran over him.

READ ALSO  ‘I ignored red flags so I wouldn’t be alone,’ Valerie Kimani opens up

A witness who was walking alongside the disabled man identified the killer car as a black Toyota Land Cruiser. Investigations by the Nation revealed the car belonged to Mr Kivuti.

“My car was involved but it wasn’t the one that knocked him,” the former senator insisted yesterday, pointing an accusing finger in the direction of Mr Muturi’s detail and another top politician from a prominent family.

“The drivers of the three cars were left on the scene. I hopped into Mr Muturi’s car for the rest of the journey,” he said, pointing out that the OCPD and the officers in the convoy were left behind clearing the scene.

Yesterday, the Nation independently established that one of the cars involved in the accident, a navy blue Prado, GK B 588F, belongs to Parliament and is part of National Assembly Speaker Justin Muturi’s detail.

In the earlier story, it had been erroneously indicated that the car belongs to the Embu County Assembly.

In the pictures taken on the scene, the vehicle was rammed on the right rear wing. From the same pictures, another car appears damaged in the front, with the entire left wing ripped apart in what appears to have been a major impact.

“They took measurements of the positions of all the vehicles and the vehicles were towed to Naro Moru Police Station for inspection,” he added.

The former legislator claimed the team had informed the President of the accident the moment they arrived at the state lodge, who dispatched Health CS Mutahi Kagwe and area MP Kanini Kega to the home of the deceased.

“The President sent money for burial expenses and has taken care of school fees for the children of the deceased for the next four years.”

Police spokesman Charles Owino said on Citizen TV on Thursday that the police were unaware of the identity of the vehicle or the owner.

“We have not found out whether the vehicle has been identified. The family should rest assured that we shall follow through and ensure the killers are brought to book,” he added.

‘I moved out,’ Nameless reveals he separated with Wahu after ‘fights and issues’