Senator Mwaura trip out of his hotel room, led to yesterday's ouster 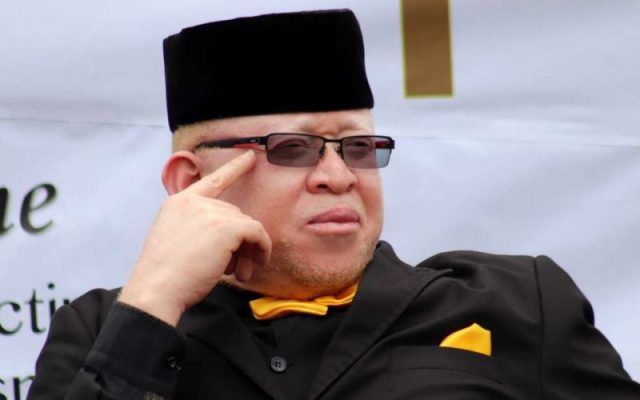 Had stayed in hotel where he was for Christmas holiday, perhaps he would not have lost his Senate seat yesterday

Had nominated Senator Isaac Mwaura stayed in the hotel at the coast where he was on Christmas holiday last December, perhaps he would not have lost his Senate seat yesterday.

The lawmaker had travelled with his family to Kwale, where he had hoped to take a break from the hustle of national pol-itics and spend a quiet festive time with his family.But it wasn’t to be.

A public rally on New Year’s Eve attended by Deputy President William Ruto and his Tangatanga brigade in Msambweni constituency was irresistible for the second-term lawmaker.

His attendance of the event set off a chain of events that culminated with him losing his Senate seat.At the rally, a homecoming party for newly elected Msambweni MP Feisal Bader, Mr Mwau-ra caused a stir.

He not only gate-crashed the party, he also delivered a stinging rebuke of the President, going to the extent of attacking the first family, whom he blamed for the ills that be-devil the country.

Announcing his formal entry into the “Hustler Movement”, the senator attacked the Moi and Kenyatta families.“We have had enough of two families that have ruled us for a total of 50 years and time has come for us to organise our-selves as young people so that we take over leadership,” Mr Mwaura charged.

Under the President’s skin

It was an attack that got under the President’s skin, prompting him to respond when he attended the funeral of Amani National Congress (ANC) leader Musalia Mudavadi’s mother 10 days later.“If you are tired with some families ruling you, then get to the ballot so that Kenyans vote for you. Some of those making the claims, their vote and the position they hold is because of me, because they never got a single vote,” the President stated.

Jubilee Party then summoned the senator to disciplinary proceedings that ended with a recommendation by the National Management Committee (NMC) that he be expelled from the party. The party’s national chair, Nelson Dzuya, said the senator had been disloyal after he pledged allegiance to the Unit-ed Democratic Alliance (UDA), a party associated with Dr Ruto.

Yesterday, Senate Speaker Kenneth Lusaka informed members that he had received a copy of a special gazette issue dated May 10 communicating that the seat held by Mr Mwaura had become vacant. Mr Lusaka said he had only been alerted about the de-velopment during lunch break, after the first vote on the Constitution of Kenya (Amendment) Bill.

The return of Grade A that Matiang’i killed