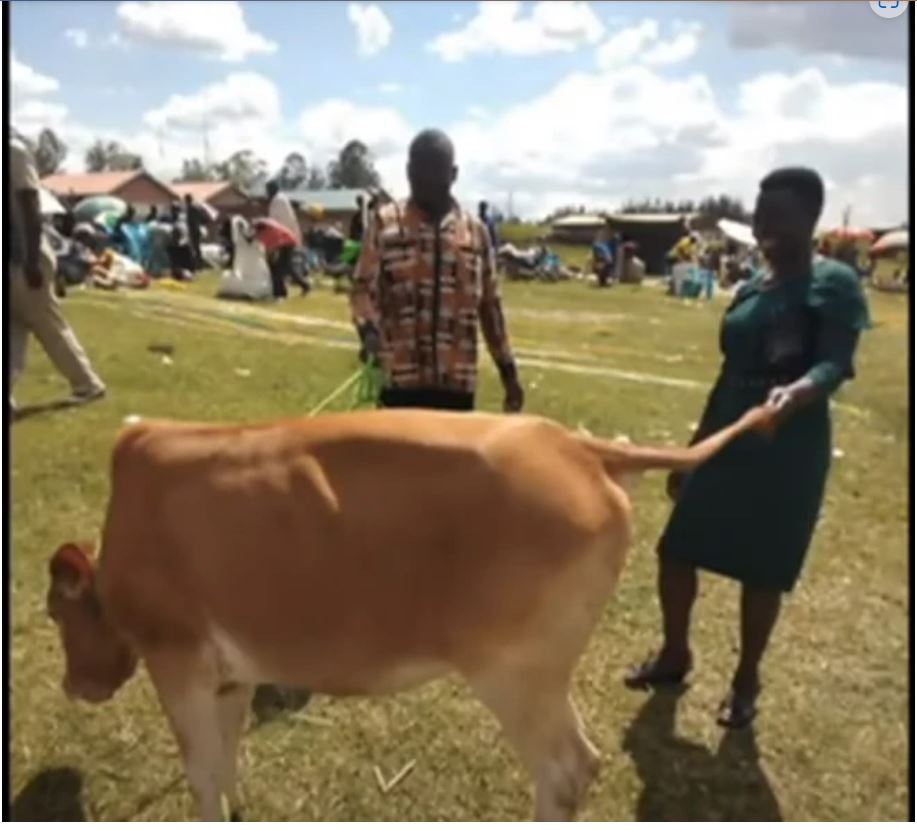 Some 1,124 youth who served as Political Party Agents for Migori Senator Edwin Gicheru Okech have something to smile about after receiving partial payment in form of dairy cows.

Evans Ekai, 32, a teacher at K’Owuor Primary School in Nyatike Sub County, Migori County, and Henry Timba, 60, a village elder, are two of the first 120 poll workers to receive 60 cows as partial payment from Migori Senator Eddy Gicheru Oketch for their labor during the general election on August 9.

The calf will be given to Timba whenever the cow gives birth in the future, per the arrangement between the agents and the senator, as Ekai has complete ownership of the mother cow.

The senator spent between Ksh10,000 and Ksh20,000 on 60 cows. He claims that the final goal is to provide cows to every 1,124 of his agents who worked at the 1,107 polling places throughout the county in the August elections.

The party agents were first given an advance payment of Ksh3,000 each to help with transport logistics before, during, and after the partial payment in the shape of cows.

READ ALSO  US Embassy scraps interviews for some visa categories to reduce backlog
Related Topics:Edwin Gicheru OkechMigori SenatorNews
Up Next