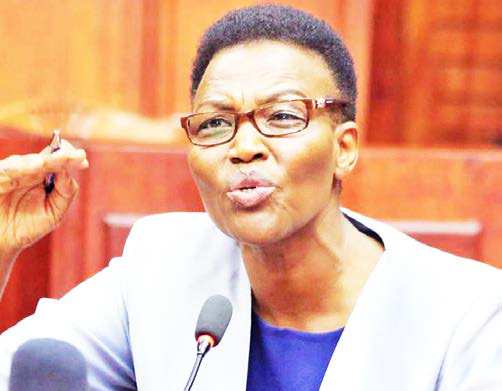 Ms. Serem has now thrown her hat in the flooded Uasin Gishu County gubernatorial seat race, seeking to succeed Governor Jackson Mandago; who is serving his second and last term.

Also seeking to succeed Mandago on UDA ticket is Soy MP Caleb Kositany. Kositany, is a close ally to the DP.

Uasin-Gishu County politician Jonathan Bii; also an ally of the DP is also eyeing the UDA ticket for the governor seat race.

Ms Serem, a mother of four comes across as a bold and straight-talking lady.

She became the darling of many Kenyans after she took the tough job of checking MPs over their relentless thirst for pay hikes.