Sergeant Winnie Adipo: Rejected by the Kenyan military, embraced in the US Air force 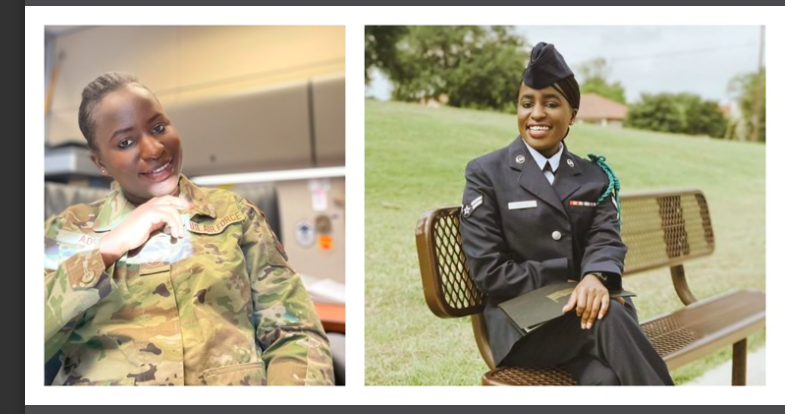 Winnie Wanjiru’s passion for the military started when she was still a young girl; influenced by her dad who would take them to the show ground to watch the disciplined forces perform.

She made it a point to do all she could to be among those men and women performing in combat uniforms.

Speaking exclusively to TUKO.co.ke‘s Hillary Lisimba, she remembers trying so hard to join the military while pursuing her undergraduate studies at the University of Nairobi but was rejected more than four times.

“I remember at one point I got someone who was really connected to the government and was demanding for KSh 200k. Mark you, at that point in time I only had like KSh 1,000 with me for pocket money lol,” she reminisces.

With her dreams seemingly becoming sinking sand, she applied for the diversity lottery visa, commonly known as the Green-card, and relocated to the US in 2015.

A year later, her hopes got a new lease of life when she applied and was accepted into the US military.

“Being African and a woman in the military took a lot to push my way up, but things are easier these days courtesy of programs like diversity inclusion and leadership which offer more opportunities to explore,” she added.

This being her fifth year in service, Winnie has risen through the ranks to the position of Staff Sergeant Adipo at the pilot training base.

Three years ago, she got married to Denise Adipo with whom they now have a son.

Juggling a military career, motherhood and marriage has not been easy, but she credits her husband for being the rock that the family has hinged on.

“Doing life with him has been the most enjoyable journey. I don’t struggle at all with juggling between work and family responsibilities because he helps a lot,” she expressed.

Winnie advices young men and women planning to relocate to ensure the immigration is legal as it makes transition smooth.

She is, however, quick to add that success is not only abroad as there is so much to do in Kenya as long as one is hardworking and focused in whatever their passion is.

“If there’s one best decision I have ever made in my life apart from salvation and marrying my husband, it is joining the military,” she concludes.

READ ALSO  ‘Deserter’ policeman was at KNH in a coma
Related Topics:NewsSergeant Winnie Adipo
Up Next