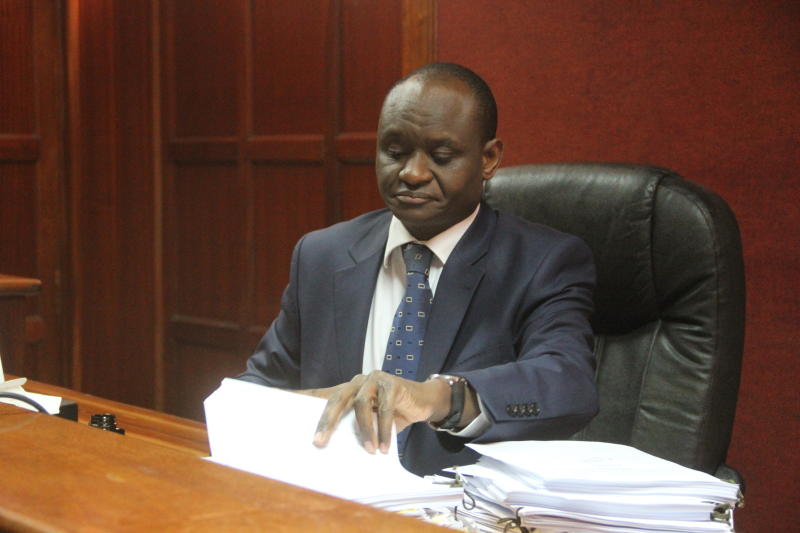 Seven sisters in Kakamega County have voluntarily given up the right to inherit a share of their father’s land in favour of their brothers.

They told Kakamega High Court judge William Musyoka they were not interested in getting a share of their deceased father’s 34-acre piece of land.

It all began when Justice Musyoka raised a red flag on a glaring anomaly in the filing of a succession case on the sharing of Mzee Elisha Inyende’s estate. It had, for some reason, omitted the names of his daughters.

“The succession petition does not comply with section 51(1) (g) of the Law of Succession Act and rule 7(1) (e) (i) of the Probate and Administration Rules. The petition should disclose all the surviving children of the deceased,” said the judge.

Inyende died on March 25, 1988 leaving behind 15 children – eight sons and seven daughters, and the 34-acre piece of land, titled Butsotso/Shikoti/79.

Inyende left no oral or written will and his estate’s distribution became a matter of court deliberation.

The only issue being that when the list of potential beneficiaries of his estate reached the court’s eye, it appeared to have sidelined the daughters.

“Regarding daughters, there is this misguided notion in Kenya that reference to children in the Law of Succession Act means sons or male children,” observed Justice Musyoka

Justice Musyoka noted that the Act itself had no such lopsided definition of children, and, therefore, reference to children must logically mean all the offspring of the dead person regardless of their gender or marital status.

With this, the court declined to divide Mzee Inyende’s estate with orders that the names of his daughters be included in the list of beneficiaries.

It also wanted the administrator of the property to disclose the amount of land Inyende had sold to the Charismatic Episcopal Church of Kenya. That was on February 7, 2019.

“Should the daughters, or any one of them, be not interested in taking up a share in the estate, they shall file affidavits or deeds renouncing or waiving or declining their share,” ruled the court.

In November 26, 2019, the sisters declined the offer, resulting in Monday’s ruling.

“In their affidavits they (seven sisters) surrendered their share (21.42 acres) to their brothers, whose names have been indicated in the affidavits,” the ruling reads.

“That would mean that from the surrenders, Otwero gets an additional 9.18 acres, Ochango would get an additional 6.12 acres and the late Shikuku 4.59 acres and Andayi would get 1.53 acres, courtesy of the sisters.”

Pauline Otila: The sweet buzz I found in bee business