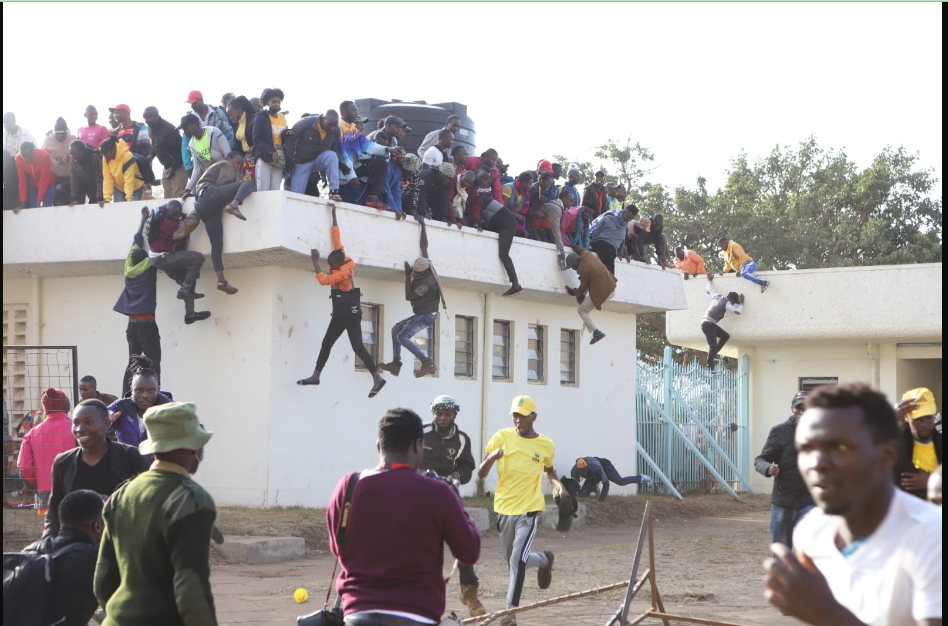 Police say they were unable to contain the multitude when it broke through the stadium’s barriers and entered without being searched minutes after 6AM.

Videos from the occasion showed throngs of spectators flooding the stadium while yelling furiously. Some even suffered injuries, and Red Cross workers could be seen removing the injured from the area.

Earlier: People injured and gates broken as Kenyans force their way to Kasarani Stadium to witness the swearing-in of President-elect William Ruto and his deputy Rigathi Gachagua#RutoInauguration #KenyasChoice2022 pic.twitter.com/xcxijoEcCL

“In anticipation of being part of history, Kenyans have thronged to the venue in large numbers. By 5.00 am this morning, the venue had already filled to capacity, as more people continued to troop to the venue,” Spokesperson Bruno Shioso said in a statement early in the morning.

“To avoid logistical challenges, this is to request the public to make alternative arrangements to view the proceedings, especially from the comfort of their homes.”

5:50 AM: Kasarani Stadium starts to fill up as Kenyans stream in ahead of the inauguration of President-Elect William Ruto and his deputy Rigathi Gachagua#RutoInauguration #KenyasChoice2022 pic.twitter.com/7OP3ibbFM5

20 Heads of State will be among the 80,000 attendees during the inauguration ceremony when Dr. Ruto and Rigathi Gachagua assume office as Kenya’s fifth president and deputy president, respectively.

The ceremony’s formal start time is at 8 a.m., and attendees are asked to find a seat before that time.