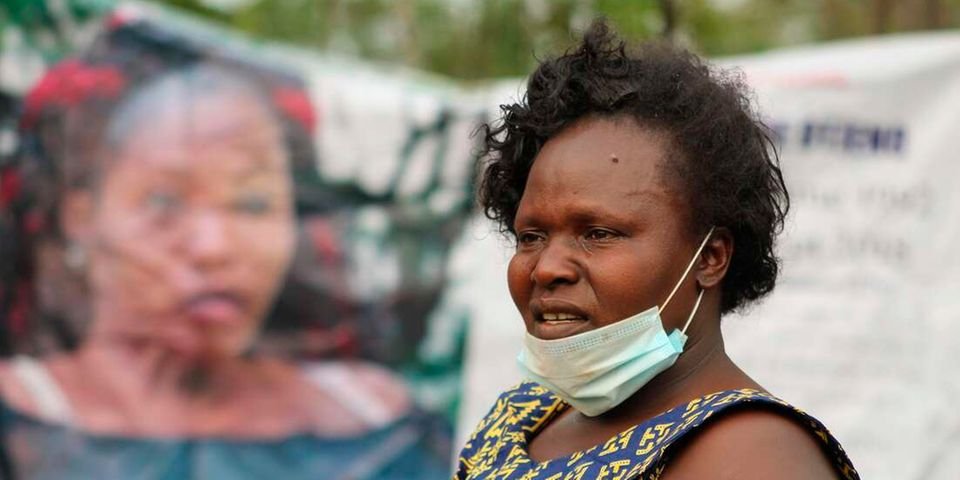 It is three years since Rongo University student Sharon Otieno and her unborn child were killed.

Migori Governor Okoth Obado was the father of the unborn child.

The body of the second-year medical records and information student was found dumped in a thicket in Oyugis in Homa Bay in September 2018, a day after she was abducted.

It had seven stab wounds, including two under the left ear, according to chief pathologist Dr Johansen Oduor .

The case in which Governor Obado is the main suspect has been dragging on in court with hearing set to resume on October 4.

At their home in Magara village in Homa Bay County, nothing much is happening. Sharon’s mother Melida Auma was not in at the time the Nation visited.

“I am not able to join you today because I am taking care of our small business,” she said on phone.

Mrs Auma has since joined politics and will vie for the Homa Bay Town West ward seat on United Democratic Alliance (UDA) ticket, which is associated with Deputy President William Ruto. Raila Odinga’s ODM enjoys massive support from the region.

She has been popularising the party associated with the DP on the ground and is keen on joining the growing number of elected women in the County Assembly of Homa Bay.

Mrs Auma was among 13 people arrested by police last week for holding an illegal political gathering at a hotel in Homa Bay County.

They spent the whole weekend in police cells and were later arraigned in a Homa Bay court and fined Sh2,000 each for violating the Covid-19 protocols.

Mrs Auma says UDA is her party of choice since it gives her a platform to articulate her issues.

“I would have wanted ODM, but it is very difficult to get a ticket there. Furthermore, leaders from ODM who had vowed to stand with us before Sharon’s burial abandoned us immediately we lowered her body into the grave,” says Mrs Auma.

Some politicians promised to pay school fees for the three children that Sharon left behind but they are yet to do so.

Without mentioning names, she added that ‘some lawyers’ promised to represent the family in court but turned their backs on them.

“These people were only after political mileage. They forgot us. They stopped picking our calls as soon as we interred our daughter’s remains,” says Mrs Auma.

While she admits she has not spoken to DP Ruto directly, she hopes to get the support of UDA party.

Already, she says she is getting the support she needs even though little.

“I decided to try the MCA seat because I want a better life for my children and grandchildren. It is tough, but I will try,” says Mrs Auma.

To her, it does not matter whether Governor Obado associates with UDA and Dr Ruto saying the politician will meet his fate in court.

“My stand on search for justice for my daughter is still on. All suspects should argue their cases in court. My political ambitions and the legal system are two different things all together,” she says.

Already, six witnesses, among them pathologist Dr Oduor and government analyst Kimani Mungai have given evidence in the case before Justice Cecilia Githua.

In the case, the DPP has lined up 34 witnesses against the second-term governor, who recently indicated he will vie for the presidency in the 2022 General Election.

Sharon’s family is contented that the case is proceeding well and that they will finally get justice for their daughter and her unborn child.

“Many thought the case had collapsed, but we are happy that it is proceeding, though at a snail’s pace. We believe Sharon and her daughter will get justice” says Mr Douglas Otieno, her father.

Mr Otieno says they will not hold an anniversary ceremony for their daughter this year, because they do not have funds.

“Covid-19 has brought tough economic times. It becomes very difficult to hold an anniversary for Sharon because of constraints. The movement to and from Nairobi in July this year for her case drained us even more,” says Mr Otieno.

The events of September 4, 2018 are, however, still fresh in their minds.

“It is not easy, that memory is still with us. Our daughter was very hardworking and we had high hopes for her. I used to love her very much. She was my firstborn and greatest friend. Now that she is not there, things at times fail,” said Mr Otieno.

Her three children, the eldest in Grade One and the youngest in pre-primary 1, are faring well, though missing the love of their mother , he says.

“The children would have been better if their mother was alive. She had envisioned a good life for them, but she is no more and we are now struggling to bring them up.”

“Those who had problems with Sharon should have told us. We would have heard them. Killing her was unacceptable, wrong and an inhumane act,” said Mr Otieno.

Man who was slapped by Lucy Kibaki opens up