She wasn’t his side-lover, mother of woman who died in crash alongside MCA says 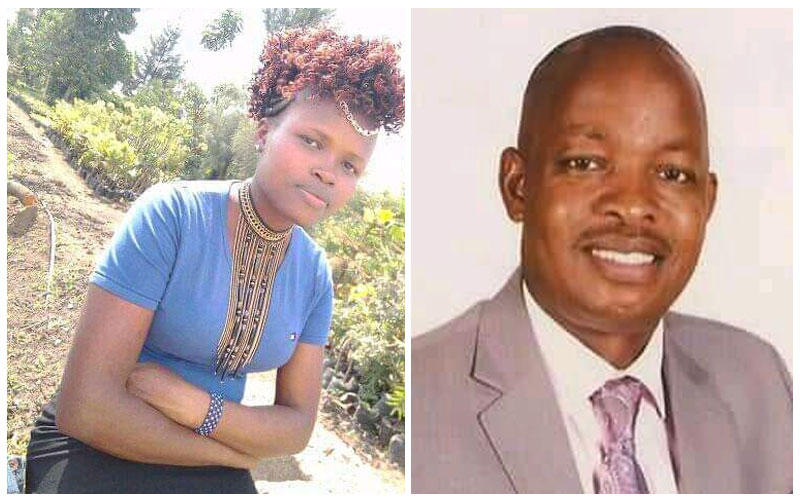 “She was not his lover, but a friend. No sexual relationship, whatsoever, existed between the MCA and my daughter, I can swear.” Shaking with rage amid grief, Miriam Nzilani, passionately defended her daughter Hope Mutheu Kaunda against viral sleazy allegations following her death alongside Nguu-Masumba MCA Haris Ngui.

Ngui died at the scene while his co-occupant, Mutheu, was pronounced dead upon arrival at the Machakos Level 5 Hospital. The accident occurred at 7pm.

Immediately after the fatal crash, word got round that Ngui, 51, was in the car with a young woman whom he was “secretly seeing”. The married MCA had three children, with his eldest admitted to the Bar recently.

Several Facebook pages in Makueni were awash with posts wondering where the two were headed at night.

Hope Mutheu’s mother now says her 22-year-old daughter was not in an intimate relationship with the MCA.

“He [Ngui] was our family friend,” Miriam Nzilani told The Standard.

“I met him [Ngui] many years ago, when he regularly visited his relatives who are my neighbours here at Kwa Mboo Village in Kibwezi West,” she added.

According to Nzilani, her daughter was returning to school on Tuesday, and the Machakos-bound ward rep had offered her lift.

Mutheu was a student at the Mumbuni Technical Training College in Machakos, where she was pursuing a driving course.

“She was to sit her theory exam on Wednesday, June 16 before the final practical test on Monday, June 21,” said Nzilani.

“She (Mutheu) had been informed Ngui would travel to Machakos that day (Tuesday), and so, she asked if she could hitch a lift. She left home at 4pm on a motorbike, saying she was headed to town to meet the MCA,” added the vicenarian’s mum.

“She was scheduled to join the NYS training centre in Gilgil, Nakuru County on June 26, after completing her driving course.”

The distressed mother says allegations that her firstborn child was dating the MCA are hurtful and disrespectful.

Ngui’s body was moved to Montezuma Monalisa Funeral Home in Machakos, whereas that of Mutheu was moved to the Machakos Level 5 Hospital morgue.