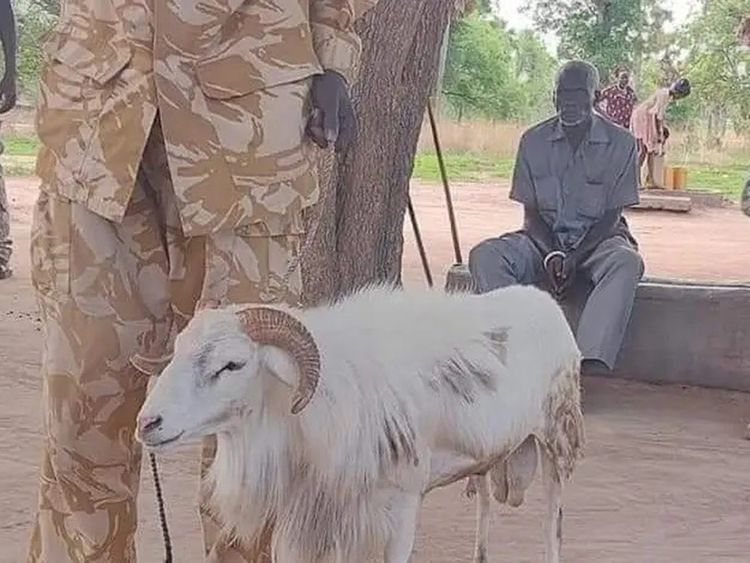 A sheep in South Sudan has been sentenced to three years in prison for headbutting a 45-year-old woman repeatedly on the ribs who died on the scene.

The internet was yesterday buzzing with reports that the sheep was sentenced after being found guilty of murdering the woman.

A police officer in South Sudan told the local media,“The ram attacked her by hitting her ribs and the old woman died immediately. So this is what happened in Rumbek East in a place called Akuel Yol. Our role as police is to provide safety and separate fights. The ram was apprehended and currently under custody at a Police Station of Maleng Agok Payam.”

“The owner is innocent and the ram is the one who perpetrated the crime so it deserves to be arrested then later on the case shall be forwarded to customary court where the case can be handed amicably,” he added.

The owner of the sheep has been ordered by the court to give five cows to the victim’s family. Also, the owner and victim’s family are related and neighbours and have signed an agreement with the police to finalise the deal.Further, under the customary laws of the Lakes state of South Sudan, any pet that kills a person is awarded as compensation to the family of the deceased.
READ ALSO  I was a Kiss FM radio host for three days – Eric Omondi
Related Topics:EntertainmentNews
Up Next