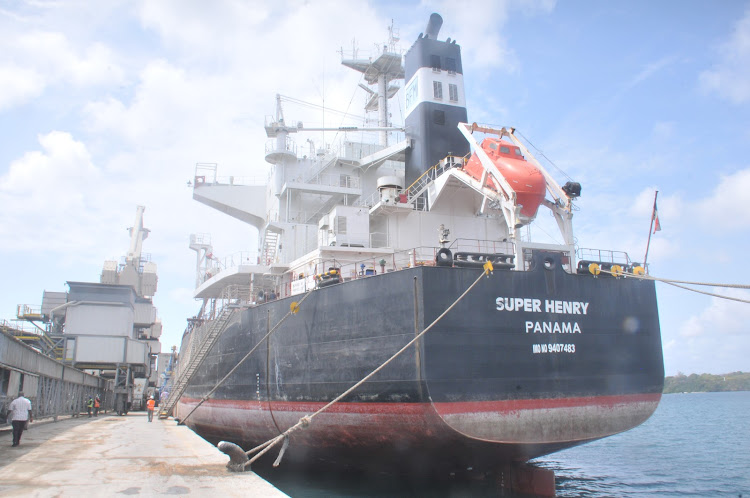 Since the Russian invasion of Ukraine in February of this year, Kenya has received its first shipment of wheat from that country.

The “Super Henry” ship, which is now unloading 51,400 tons of wheat, moored at the Mombasa port. Two further carriers are anticipated within the next two weeks.

Even though Kenya’s agricultural industry has been negatively impacted by the current war, the Ukrainian ambassador to Kenya, Andrii Pravednyk, stated that his country is ready to assist Kenya achieve food security.

“We are confident that arrival of “Super Henry” to the Port of Mombasa with 51,400 tons of Ukrainian wheat on board will bring significant relief to Kenyan consumers, helping to mitigate the prices and remove the deficit,” said Ambassador Pravednyk.

The ambassador says that dozens of farms, food and seed stocks, silos, warehouses, oil depots, and agricultural apparatus and infrastructure had been damaged or destroyed by Russian missile strikes and shelling.

Amidst the setback that has adversely impacted an approximately 25% of global cereal trade, increasing global rates, food inflation, and reducing access to food in the nations that import food from Ukraine, particularly wheat and sunflower oil, the ambassador of Ukraine to Kenya is hopeful that they can help Kenya achieve food security, and already talks have started on how Ukrainian investors can take advantage of the opportunities already present in the agriculture industry.

“Already two investors have come on board and we were with the president two days ago. The goal is to also assist Kenyan wheat farmers get the best seeds because that is a huge factor to increase productivity,” said the Ambassador.

Ndegwa: Safaricom to erase 4 million customers off the CRB, provide them with access to new loans