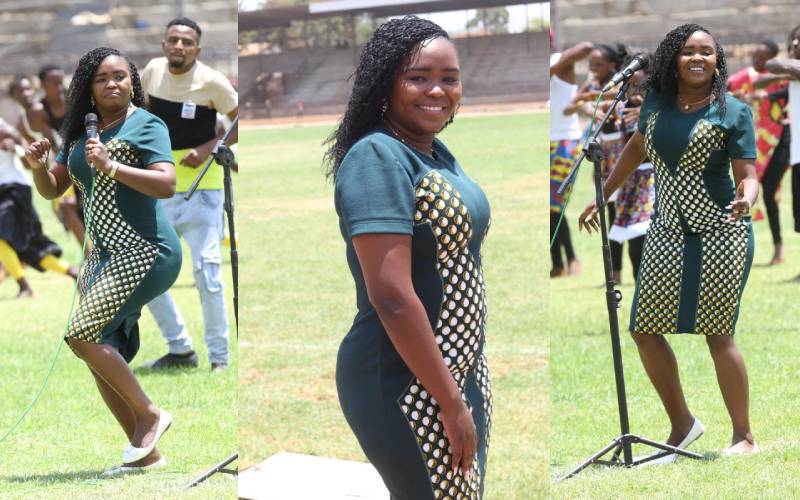 As musicians and other creatives join the rush in cutting campaign deals with political groupings and individual politicians, gospel singer Mary Wanjiru aka Shiru wa JP has distanced herself from any possibility of politicking for ‘mheshimiwas’.

Riding high on her brand new hit Miaka Ikumi, the gospel sensation is said to be among artistes from around the Mt Kenya political hotbed now being baited by high spending political groupings to join their camps.

Speaking exclusively to Standard Entertainment, the popular singer, credited for several hit songs, among them Baba Tuonie, said she would not recreate her popular songs to praise presidential candidates or any other politicians.

“It is your conscious mind that should guide an artiste when it comes to partnering with politicians during campaigns. This is how God connects with you as an individual artiste. As for me, I can’t change my music tune to praise a person. That is personal and I am not saying those who are doing so should be judged negatively,” she remarked when asked if she is among the musicians warming up to politicians ahead of the campaign period.

Asked if she had attended any of the meetings in which politicians have been wooing artistes to support their political ambitions, Shiru wa GP said she was not ready to disclose if she had been approached. What mattered, she said, is her firm resolve not to get involved in politics.

“You see, politics is not like being invited to sing before the president and all Kenyans during a national holiday like I am doing during the Mashujaa Day celebrations. That is patriotism; as I am simply serving my national duty even as I popularise my gospel brand before my fans through the publicity that comes with it. I have always loved doing that.

“I still can’t sleep on my right side,” MaryaPrude admits after painful child loss