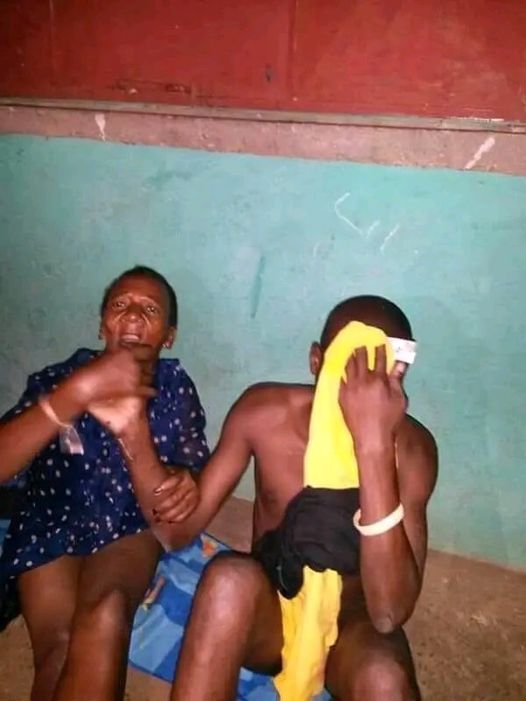 Shock rocked Nyeri County in the Gatuganga area where a woman aged 73 indulging in intimacy with her grandson 22 years was caught red-handed in a closed-door room on Sunday morning.

The duo was expected to join the other relatives for church but the grandmother malingered to be ill and refused to attend church service while the grandson claimed to have school assignments he was working on and would therefore miss church.

Minutes after the rest left, the duo merged in a store built along their fence and noisily started romancing attracting the attention of a passerby who called on the grandmother’s son to check if all was well.

The son,  Peter Mwangi (not the real name) rushed fearing for her mother’s health only to be surprised at the occurrence of the incident.

The two caught unaware were stark naked on the floor of the store where they were enjoying their good moments.

“This was so surprising, shocking in Nyeri and is going to kill us one day with these day-to-day happenings. Things are going from bad to worse. From women beating their husbands to the latest where grandchildren have sex with their grandparents,” said one of the witnesses.

The duet has hit the social media after describing how they both were anticipating their big day as it was their first attempt after a series of suggestive acts between them.
The angry and disappointed neighbors dragged them out and demanded an explanation since it was an abomination.
The grandmother quickly defended her grandson by saying that he was shaving her and nothing more was happening. They were taken to the chief who was to decide on what to do to them.

“Seriously?! Morals are fading away in our society as time goes by. Why will a grown grandchild dandia her grandmother? Too bad for both of them,” said another witness at the scene of the incident.