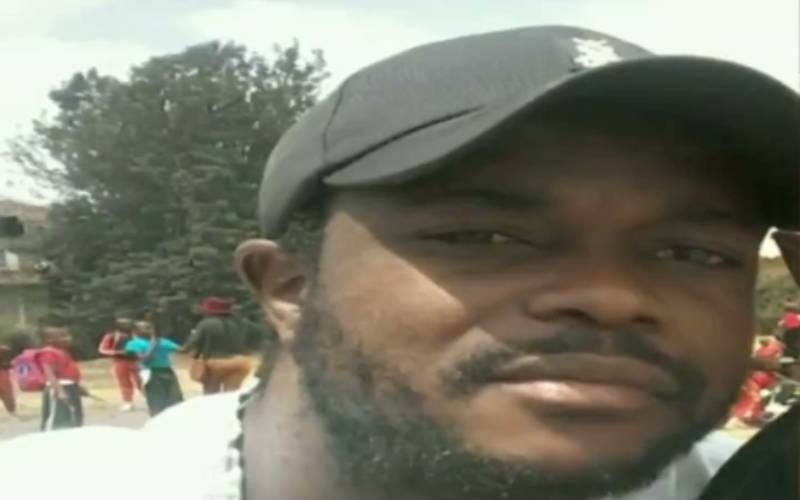 The body of Elijah Obuong’, one of the now-famous Kitengela Four, was exhumed from his grave by unknown people on Wednesday, June 2.

Obuong’ was buried on May 13 in Holo Village, Muhoroni Sub-County in Kisumu County.

It is alleged Obuong’ was brought up by his aunt, and that the 35-year-old, who was found dead on April 29, was buried at the relative’s place, instead of his biological parents’ homestead.

“His aunt felt she owed Obuong’ a decent send-off because she brought him up from childhood to adulthood,” a source privy to Obuong’s family relations told The Standard in confidence.

Police say seven people exhumed Obuong’s body in the wee hours of Wednesday, wrapped it in a plastic bag, loaded it onto a waiting hearse, lowered his empty coffin to the grave, refilled the burial pit with soil and, thereafter, sped off.

A member of Obuong’s nuclear family is being sought by police, Kisumu County Police Commander Samuel Anampiu told The Standard.

It is suspected the family member disapproved of Obuong’s burial at his aunt’s place, and wanted the deceased laid to rest at her home.

Kisumu Police boss, Anampiu, however, said police were yet to ascertain the exact motive of the exhumation, though he confirmed that the exhumed remains were those of Obuong’.

“We are tracking down a close family member, whom we believe organised the illegal exhumation,” he said.

Chemelil Ward MCA, Maureen Opondo, whose house is adjacent to that of Obuong’s aunt, told The Standard she saw seven people exhuming the body and taking off with it; an early morning exercise that, she says, lasted less than 30 minutes.

The Standard reached the family member mentioned adversely for comment, but her cellphone was offline.

Elijah Obuong’ was among four men who went missing in unclear circumstances from an entertainment joint in Kitengela, Kajiado County on April 19.

His family members, including his mother Caroline Obuong’, positively identified the body, which had been preserved at the Murang’a Level 5 Hospital morgue.

The only other member of the four, who was also found dead, was Benjamin Imbai.

Imbai was found dumped in a Gatundu North forest in Kiambu County on the same day: April 29.

Both Imbai and Obuong’ were strangled, separate postmortem examinations revealed.

The other two members of the Kitengela Four, Jack Ochieng and Brian Oduor, are yet to be found.