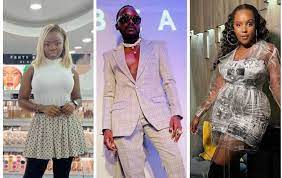 According to the socialite, Nikita Kering’s dress was just giving her magazines and the banned plastic bags vibe.

She apparently rated the dress a negative one out of a possible 10 marks.

“Nikita No, there was a clear vision but the vision was not visioning, it was just giving magazines and plastic bags. Let’s not go to the shoes because the shoes look like captain jack. This one out of 10 I will give it a negative one and the negative is for the vision because the vision was there but it did not bring,” Shonarwa said.

“When I saw this my first question was when was this invitation given out, ilipatianwa kwa njia like twende people are less and we need people to come and don’t mind how you are dressed. Huyu akitoka home alijua anaenda kuona Rihanna or not. Angalia hizo viatu zake, inakaa kama ‘perms’ na Kenya hakuna snow then akavaa rapper skirt alafu akaongeza na skintight,” she added.