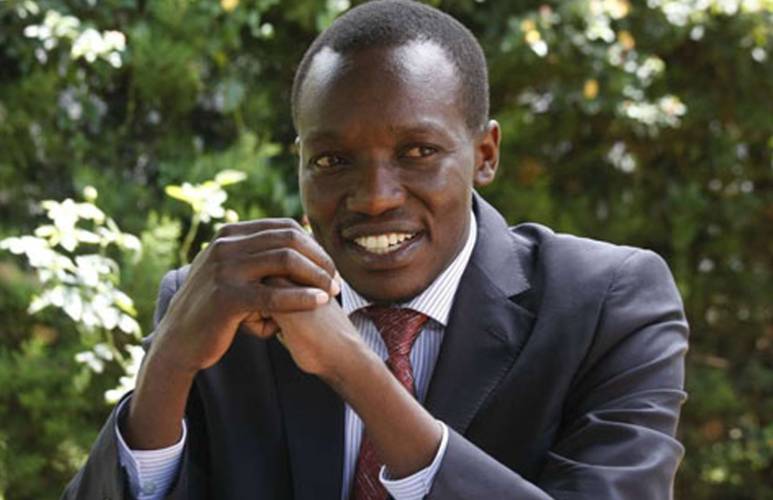 Arati revealed that from the profits he saved, he managed to raise funds to sponsor his Diploma in Tourism Management studies at the Kenya National Polytechnic which he joined in 2001.

The second-term legislator said that there is not a single market within Nairobi and its environs where he has not sold vegetables.

This experience, he says, enabled him to understand the city and use the knowledge effectively in his political journey.

In recognition of his past, he launched ‘Kata Sukuma’ Competition through the Simba Arati Foundation in his constituency in June 2013, where around 260 people took part in the competition for the fastest sukuma wiki cutter.

“This is one of the first projects I carried out after being elected to parliament in 2013, with the sole intention of using the competition to remind people that even small things and businesses like sukuma wiki can one day make them great and rich just like me,” said Arati.

Arati was crowned as the Gusii Community Spokesman during a controversial ceremony held at his rural home in Kisii County in 2018.

The legislator was in the limelight in February this year after engaging South Mugirango MP Silvanus Osoro in a fistfight during the burial of Kisii Deputy Governor Joash Maangi’s father in the presence of Deputy President William Ruto and ODM Leader Raila Odinga.

Arati, who is serving a second term in parliament, joined politics in 2007 when he became a Nominated Councillor in Nairobi City Council.

The legislator is said to be planning to join the Governorship race in 2022 but has not yet made a decision on whether to contest for the seat in Nairobi or Kisii.

“I am comfortable serving the people of Gusii land as their community spokesman. I enjoy the support of the young and old in the region. I will soon be announcing the political seat I will be going for whether in Nairobi or Kisii,” said Arati.

Esther Wahome discloses the qualities she’s Looking for in a Son-in-law: “Genuine”