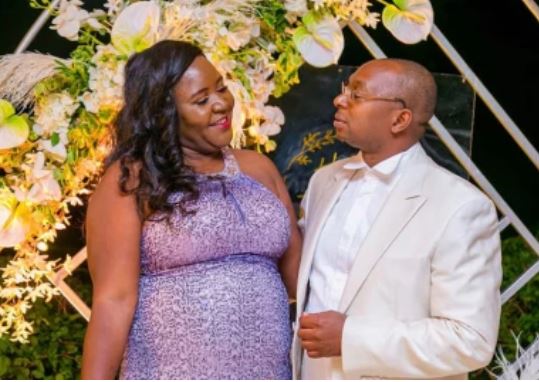 Simon Kabu, an entrepreneur, has stated that reports about their pregnancy spreading on social media could be accurate. Simon stated during Akothee’s book launch party that he and his wife Sarah Kabu’s bodies are in perfect condition to have another kid together.

“I will let Sarah respond to that question but as I said before, my body is in a perfect healthy condition and so is Sarah’s as well. And with that in mind, some things you know for a fact that they must happen at one time or another,” he said.

“Our bodies are healthy. And as you know, the Bible says produce to fill the world. But having a baby, the two parents must agree on it and be on the same page because there are other responsibilities that come with the baby,” he added.

Simon fueled pregnancy rumors by posting a snapshot of a dessert plate on Instagram with the caption, “Ready to be dad again.”

The pregnancy announcement comes just a month after the celebrity couple, who own Bonfire Adventures, publicly revealed their dirty linen. Sarah had announced her separation with Simon on social media.

Sarah stated in an interview that the two had discussed amicably separating and pursuing co-parenting.
After a week, though, Sarah publicly apologized to Simon and stated that the two should resolve their marriage disagreements offline.

The rise and rise of Kenya’s telenovela couple