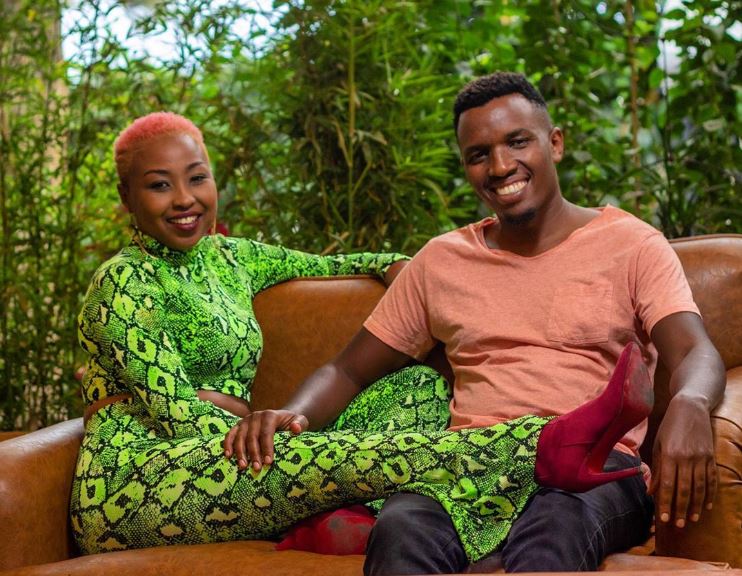 Although singer Vivian Wambui hasn’t posted a picture of her fiancé Sam West in a while, her supporters aren’t quite persuaded that everything is fine between the two.

Vivian posted a picture of Sam along with a heartfelt note thanking him for his love and support.

Her request to her followers to say hello to him as she concludes the post, however, gives the impression that she and Sam are no longer together.
“I do not have much to say, She stated in a message on Instagram.

“Simply speaking more blessings over Mr. West who is very dear to me. And who I’m so blessed to know. We’ve walked together in great and not-so-great seasons but God’s love continues to sustain both of us 😊🙏. Say hi to him.”

The Charm hitmaker batted down rumors that Sam had dumped her in an online interview.

She alleged that individuals enjoy inventing stories that are not supported by any evidence.

In a colorful ceremony, Vivian and her fiancé celebrated their ruracio (traditional wedding) in 2018. Soon after, the singer began explaining to her internet followers how marriages do take a lot of work.

Vivian expressed further anxiety a few months ago after saying she is dealing with undisclosed challenges.

READ ALSO  Trip To The Moon For The Kenya Airlift Student
Related Topics:NewsVivian Wambui
Up Next