According to the singer, the book titled “Akothe Quotes” will be launched on the 4th of June at the Eka Hotel in Nairobi. 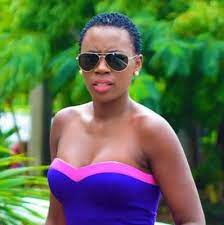 On Wednesday, Akothee shared a copy of the book that is currently in post-production, alerting her over 3.2 million followers to be ready to purchase it once it’s launched.

“The University of Life by Akothee, 4th June, Eka Hotel. Be the first one to grub a copy, parenting part is my favorite,” Akothee announced.

The singer has joined the list of Kenyan celebrities who have authored books: Janet Mbugua, Lupita Nyong’o, Polycarp Otieno of Sauti Sol, and Adele Onyango.

Janet Mbugua’s book “My First Time” is a collection of short stories from women, girls, and men on their first interaction with menstruation, Lupita’s “Sulwe” is based on her own experience growing up as a dark-skinned girl, Polycarp wrote a book for children dubbed “Written In Stars” while Adele Onyango’s “Our Broken Silence” is about stories of sexual and gender-based violence by different victims.