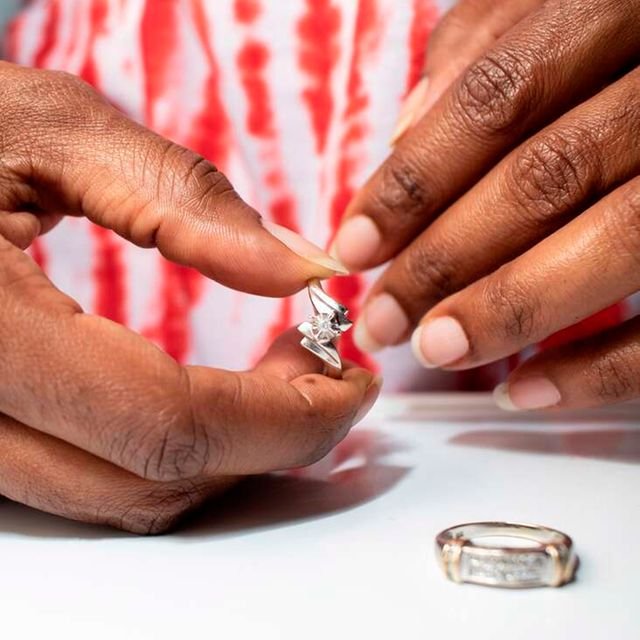 Marriage portends unique potential. As Norman Wright a psychologist puts it, “Marriage is the only game of chance where both players can win or lose” According to the data collected from the Kenya National Bureau of Statistics (KNBS), the number of divorces has risen significantly from 10.5 per cent in 2015 to 17.7 per cent in 2020.

With the high increase in divorce rates, it is important for the people who want to tie the knot to understand what marriage is really like before getting into it.

In pursuit of good advice, we spoke with six individuals currently undergoing healing recovery from SADREF AFRICA, a foundation that helps individuals to build their lives after separation and divorce. We asked them about life as a legally bound couple and what they think one should consider before marriage.

Always listen to your gut, it never lies

I was married at 24 and got divorced at 32. I wish I’d thought about my life 20 years down the road. I thought I was special for being married to a born-again Christian and would never cry in marriage. We were in a deeply religious lifestyle and the community we lived in celebrated marriage. So we stepped into it quickly. I wish I would’ve listened to my gut which kept on telling me I was headed for trouble since the man lacked the inner drive to pursue his dreams and offer leadership. He wouldn’t work and this caused him to have an inferiority complex and perceived me as a threat.

Often, he would demand I respect him if I challenged his ideas or opinions. He isolated me from my friends and family and controlled who I talked to and often, compared me with other women. I wish I would’ve dated more, lived life solo, and picked wisely. Although the physical bond may fade after sometime, friendship keeps the emotional connection strong in any marriage and that’s what was lacking in our marriage.

Friendship is key in marriage

My marriage ended in 2021, after having been separated for five years. I thought God had ordained my marriage all along because it was presided over by a pastor. But, I don’t remember praying and seeking God for a husband or even praying for wisdom in the whole process of marriage. We had not built a good friendship and so when we got married, emotions faded and conflicts increased. We took each other for granted and this affected how we sorted our differences. We came into the marriage thinking love is a feeling while in actual fact it is a deep commitment accompanied by friendship. The decision of who we marry is crucial and it can either make or break destinies. Always remember that friendship is key.

Don’t marry because of money

I got married at 22 and divorced at 24. It was a semi-arranged marriage by my parents because the man’s family was rich. While growing up, I always desired to have a stable marriage where we have mutual compatibility in values and beliefs. But, life never gave me that option. When I met my husband one day prior to getting married, I judged him as a kind person and a good husband. However, this was not true. As soon as we got married, he started having multiple partners and this affected my self-esteem. The man would beat me and bring different women into our home. In one incident, I was beaten because of not allowing one of the women he was dating to sleep in our bed. When I told my parents about it, they told me to work on my marriage and pointed out that I had given the man reasons for cheating. I got depressed and after seeking help, I quit the marriage. I have never gone back home to tell my parents what happened because of the stigma.

Marry a man with ambition

When you love someone, it can be difficult to look objectively at your relationship and notice potential red flags, which was the case in my situation. I am a mother of three, I got married when I was 29 and my marriage ended seven years ago in November 2014. I couldn’t stand my ex-husband’s lack of drive to improve his career and education. He just wanted to be in the same position and never took up his leadership role seriously as a husband to provide and protect his family. Unfortunately, this is something I had seen while we were dating but I thought he would change. When I did my MBA within the three years of our marriage, we started having intense arguments. He would demand I respect him but in actual fact, he wanted to enslave me to stay at home and never pursue my dreams. There was so much interference from in-laws to a point we had to involve his mother anytime we wanted to invest.

I had no voice in the marriage until one day I decided enough was enough and moved on with my life. For the singles, love with your heart and not your brain. Think and keep your eyes open.

At 26, I met the love of my life and after two and a half years of dating, we got married. We got married at a church in Nairobi and flew off to an island for our dream honeymoon. I enjoyed every moment of my wedding and never imagined that life would come to a screeching halt. Sadly, this was my reality 13 years later when my marriage crumbled into a messy pile in 2011. Perhaps you may ask, “did the marriage break suddenly, or were there any tell-tale signs?”

The red flags were there even before the wedding took place, but because I was blindly in love I brushed them off. For instance, right from our courtship days, my spouse would visit his mother every weekend and she provided all the needs in their home. I interpreted this as a sign of great responsibility but little did I know this would end up being the problem. My family was neglected and this became a major issue that caused us to separate. My advice for the single is don’t just plan for a wedding day, but focus on marriage.

Don’t expect a partner to change after marriage

I am a divorce recovery coach who supports and equips individuals in their healing journey from divorce and separation. I was married for 12 years and the marriage ended in 2012. I ignored the signs because I thought he would change. But whatever behaviours he had, he never stopped but instead changed the tactics. For instance, he would always defend himself when caught cheating and he would say, “she is just a friend, I don’t see any reason for worry.” He was not faithful to the marriage and I was not able to change that. He could desert his family for months and feel nothing. When I asked him, he increased the frequency and would disappear often. Let your marriage be founded on solid ground. Communication is power so do not assume things but bring everything to the table. Do not marry a spouse expecting he will change; the same red flag you saw at the beginning will continue to resurface. Either address it or choose to live with it and be ready for the consequences.