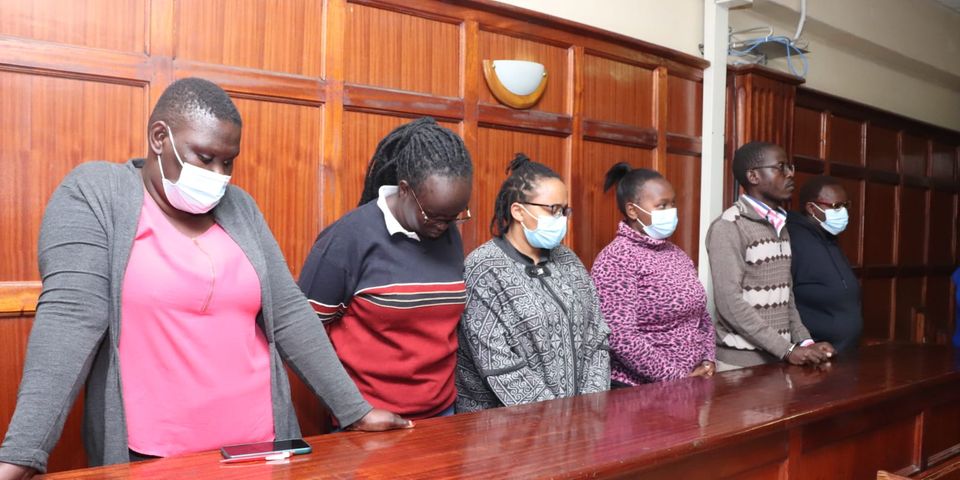 The six reportedly committed the offence on April 5, 2022, and May 24, 2022, according to the Milimani Law Courts. Through Winfred Wangari Kiongo, KNH had filed a case against the six.

Three counts were filed against the defendants, including stealing by servant in violation of Section 281 of the Penal Code. Rituximab, Immunoglobulin, Herceptin, Bevacizumab, Tocilizumab, and Insulin Aspart Protamine, altogether worth Sh4,675,147, were reportedly stolen by the accused.

The six were detained at the Capitol Hill Police Station on Tuesday, May 24. Milimani Law Courts Chief Magistrate Wendy Micheni handed them Sh500,000 cash bail or Sh1 million bond. They all denied the charges.