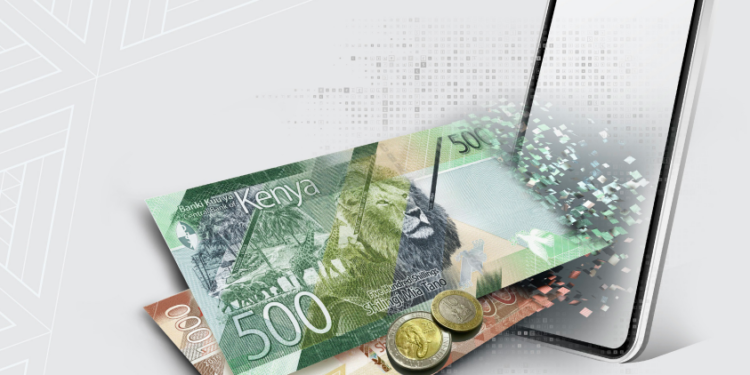 The Central Bank of Kenya (CBK) has cautioned that more than half of Kenya’s mobile users do not have access to smartphones, which will impede the country’s projected digital currency, which requires Internet connectivity.

In an interview, CBK Governor Patrick Njoroge said the smartphone issue may compel the bank to postpone the launch of the central bank digital currency (CBDC), a virtual version of the shilling that will trade one for one with real cash.

According to official figures, feature phones account for 33 million of the 59 million cellphones in use, making CBDC transactions problematic for half of the customers.

Safaricom and Google teamed together to sell one million inexpensive digital sets for as low as Sh20 per day for nine months, with the goal of upgrading around four million 2G and 3G phones to 4G.

Dr. Njoroge believes that using the digital currency on 4G-enabled phones will harm Kenya’s financial inclusion by essentially excluding half of the population from dealing in the CBDC, which is designed to reduce transaction costs and facilitate payments.

“The CBDC will have a minimum viable technology requirement, which may be a sort of fourth-generation (4G) environment. There is an argument to be made that such a development could lead to greater financial exclusion such that some people may fall out of the financial system just because we have adopted a CBDC… This is something we need to be careful about,” said Dr Njoroge.

“We may decide therefore that we should wait a little more until everyone catches up because at this moment the lower-level technologies are quite prevalent with us.”

The virtual shilling would function similarly to the hard cash, trading freely across wallets and in person-to-person transactions.

Kenya pioneered mobile money transfers in 2007 with Safaricom’s M-Pesa, but the central bank refrained from issuing a digital currency owing to security concerns.

Commercial banks may be hampered by the migration of deposits into digital currency, and individuals without access to technology infrastructure or knowledge may be financially excluded, according to the bank.

According to the CBK, a digital currency might reduce the efficiency of monetary policy and increase the danger of money laundering.

The regulator, on the other hand, has emphasized a variety of benefits of creating a digital currency for the economy, including making cross-border transfers easier and cheaper with other jurisdictions that develop comparable currencies.