Socialite Shakilla Kicked Out of 'Her' Kilimani Apartment 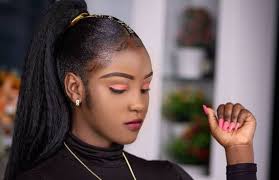 21-year-old Kenyan socialite Shakila who two years ago claimed to have been gifted 11 million by her Mzungu fiancé to buy a house in the posh neighborhood Kilimani has been kicked out of the apartment over rent debts.

A video that went viral on social media revealed how Shakilla was chased out and was looking stranded outside the apartment.

Word has it that she has been putting up with her friend for some time now and promised to pay part of the rent but she has been taking her in circles.

The friend got fed up and blocked her from accessing the house until she pays up. It was not immediately clear whether they sorted out the matter.

Shakilla who is also a club promoter has refuted the claims terming it blackmail by paid bloggers to tarnish her good name as what is being shared is an old video of her outside the apartment.

The developments caught many people by surprise since Shakilla often brags that she owns a posh apartment worth millions of shillings in Westlands and Kilimani.

“I live in a two-bedroom house located in Kilimani. It is a fully furnished, master ensuite apartment in Kilimani but I am not the one who pays for it. I met someone who paid for it. He does not pay rent, he bought it for KSh 11 million,” she stated in a past TV show.