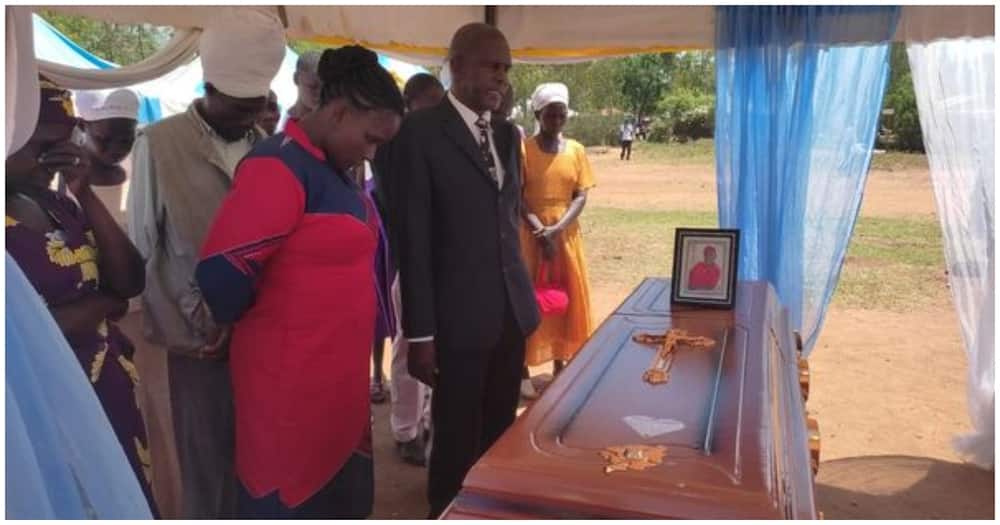 Caleb Otieno, the man who melted to ashes at a Thika steel plant, was laid to rest on Saturday in Kogony village in Kisumu, with emotions running high.

The family had yet to reckon with their relative’s death. The deceased mother was distraught and unable to speak to the press.

“He was everything to us; we don’t know how life will go on without him,” his father, Martin Oraro Odache, said in an interview with the media.

He couldn’t understand why his son was burned at the steel plant, or where other workers were during the entire process, or if he was doing everything by himself.

Odache informed the media that it has been difficult for his family, even with numerous burial fees, since his son’s death.

Caleb’s Aunt came screaming towards the farmhouse, calling Caleb’s name, on March 25, 2022, about lunchtime, he claimed.

“I wonder what had happened because she is the one who took Caleb to Thika where he secured a job. However, when he entered the homestead, others joined in wailing saying my son was no more. I was shocked and didn’t know what to do”

Odache stated that he instantly dialed Thika’s number and was informed that his son had been in an accident and appeared to be dead.

“So when we were preparing to go to Thika, I received another call telling me that where my son had an accident, he can’t be retrieved immediately since the boiler was too hot,” he explained, adding that they had to wait three days for the boiler to cool before leaving for Thika.

When they reached Thika, they were informed that their kid had been burned to ashes and that nothing remained of him.

“It has not been easy for us as the family, from the expenses during the entire period until we managed to finally bring the remains home on Friday night.”

Emotions ran high during the burial, even as locals said Caleb was still a young man who didn’t deserve to die,

His remains were laid to rest under a tent in a field near their home for the funeral mass, which was attended by relatives and friends.

Family, relatives, and friends paid their respects at the tents where Otieno was laid to rest. The casket was kept shut.

His brother, John Agwambo, thanked the media for their support, which has been extremely beneficial to the family.