Sonko answers to ban preventing him and family entering US 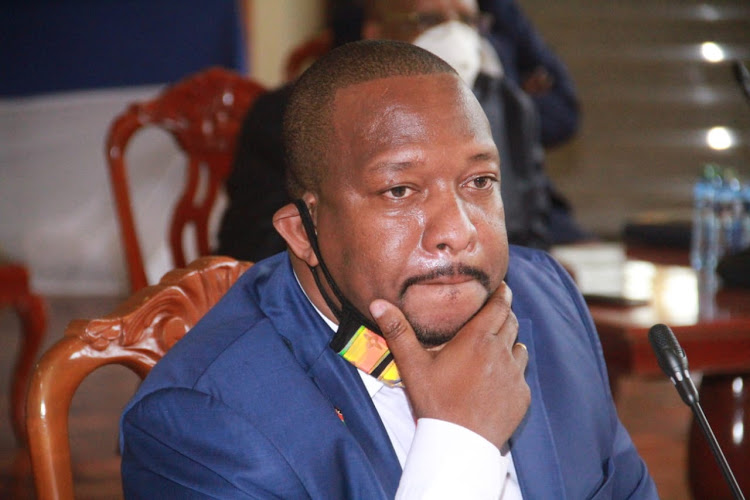 Gideon Mbuvi Sonko, the former Nairobi County Governor, has replied to the United States’ decision to prevent him from entering the nation.

Sonko claimed in a message posted to his Facebook page that he has never been convicted of the corruption charges that led to his designation.

On March 9, Sonko was denied entry into the United States.

“I have learned of news barring my family and me from traveling to the USA over unverified corruption allegations against me. I have not been convicted on any corruption-related charges because the cases are still pending in court awaiting judgment,” the embattled former governor said.

Only two governors, he claims, have been prosecuted in court for handing tenders to their wives and children.

When Sonko was governor, he said he never offered any tenders to members of his family.

He challenged the embassy to come out openly before Kenyans and explain to them the facts about the situation.

“My wife and kids have never supplied even a spoon or toilet paper to city hall either directly or indirectly,” Sonko stated.

Sonko went on to explain that the American Embassy overlooks the fact that he was the one who assisted in the demolition of a building adjacent to it.

He said that he went so far as to reveal the building’s proprietor, who he claims sought to bribe him with Ksh100 million.

Sonko alleged that former Nairobi County Governor Evans Kidero, had not helped the US Embassy tear down the building.

Sonko was also perplexed as to why the issue was brought up just one day after he announced his intention to run for re-election.

He pondered why people who were negatively portrayed in the COVID-19 and KEMSA scandals were exempted, despite the fact that they are on record for orchestrating the country’s largest corruption scandal.

“They even have an office next to the office of the ambassador of USA to Kenya ambassador Anthony Blanken and they’re the ones that have played a role in this propaganda,” he remarked.