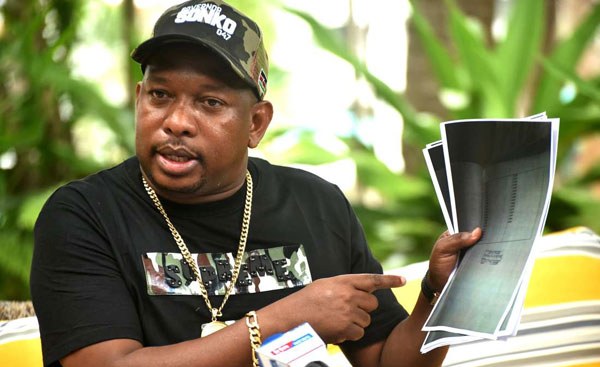 Mike Sonko, the former Nairobi governor, has replied to recent statements by the Director of Public Prosecutions, Noordin Haji, and Chief Justice, Martha Karambu Koome, on attempts to prevent him from running for governor of Mombasa.

On Saturday, May 21, Sonko criticized the two of publicizing their positions on his case while it was still in court.

He denounced Haji of repeatedly threatening his governorship campaign, claiming that the DPP had no authority to convict him in public. The former county executive argued that he has sufficient evidence to prove his credibility to run for office.

“Haji has no right at all to convict me before a verdict is issued by the court. I have been silent for long but the DPP has incessantly used the media to threaten me,” Sonko stated.

Simultaneously, Sonko chastised CJ Koome for what he described as “doublespeak” when she stated that impeached governors are not able to run for government.

CJ Koome stated while speaking on local radio station on Friday, May 20, that convicted and impeached political figures cannot run in the future elections unless the impeachments are overturned by the courts.