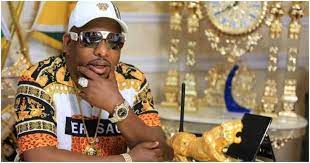 Former Nairobi Governor Mike Sonko will move to Court and contest the decision by the IEBC disputes Resolution Committee to lock him out of the Mombasa Gubernatorial race.

The IEBC Dispute Resolution Committee upheld the decision of the Mombasa returning officer Sala Yusuf to disqualify him from the race since he was impeached as Nairobi Governor.

On Tuesday, Sonko was at the Milimani Law Courts where he collected his petition judgment from the IEBC Dispute resolution Committee registry.

He said some officials had been bribed to lock him out.

He is preparing to appeal the judgment at the high court and have the Court overturn the decision of the IEBC barring him from contesting for the Mombasa gubernatorial seat in the August 9th general election.

“Lawyers Kipchumba Murkomen and James Orengo have agreed that Mike Sonko should have been allowed to contest since the same IEBC that cleared him in 2017 has not changed. They ought to have cleared him using the same documents that he presented in 2017. They are also shocked that Sonko was not disqualified under Article 75

Under Impeachment. They agree that as long as you have an active appeal you are eligible to vie as per Article 194(3),” Sonko told the Media at Milimani Law Courts.

IEBC disqualified Sonko under allegations that he failed to present a certified degree on time-which is false.

“There’s nothing like giving up in life. Lawyer’s walilala late.Waiting for my proceedings and judgment at the IEBC Dispute resolution tribunal registry for the next course of action. Watu wangu musi loose hope endeleeni kuomba mi najua tutapata justice uko mbele mbele na hata ikishindikana haitakuwa mwisho wa maisha mwishoe you are the people I will consult for our next course of action” he said.