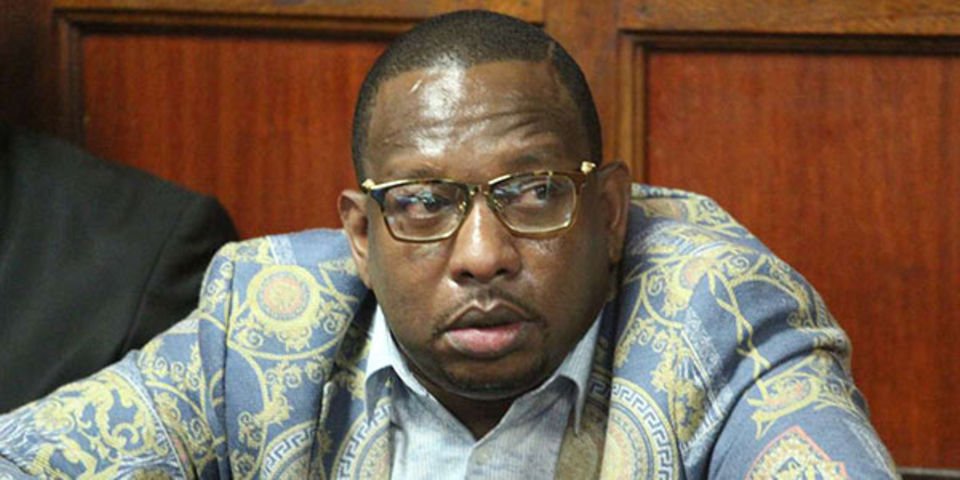 Mr Sonko on Tuesday morning denied all 12 charges levelled against him.

The charges include assault, robbery with violence and destruction of property linked to alleged forced entry into a property in Buru Buru estate back in 2019.

He is accused of assaulting a Mr Alex Kioko, thereby occasioning him bodily harm. He is also accused, along with others not before court, of assaulting Mr Musyoki Kavunda and John Mungai Wanjiru at the same property.

The prosecution is seeking custodial orders to:

1. Detain him to conclude investigations2. Take him to a Mombasa court where he has warrant of arrest for a pending case 3. Prevent him from accessing and intimidating witnesses

He was presented in court after spending the night at Gigiri police station.

The former county boss had presented himself at DCI headquarters for questioning yesterday after spending the entire morning chasing after a court order to stop detectives from questioning him, but in vain.

Sonko had been summoned to record statements with regard to claims he had made about the 2017 poll chaos.

He recently alleged that he and Interior Principal Secretary, Karanja Kibicho, were involved in planning some of the hooliganism witnessed during the disputed poll.

The court proceedings in Kiambu are ongoing, with the courtroom fully packed with plainclothes police officers.

Amina Abdi: I fainted for wearing a waist trainer 24/7