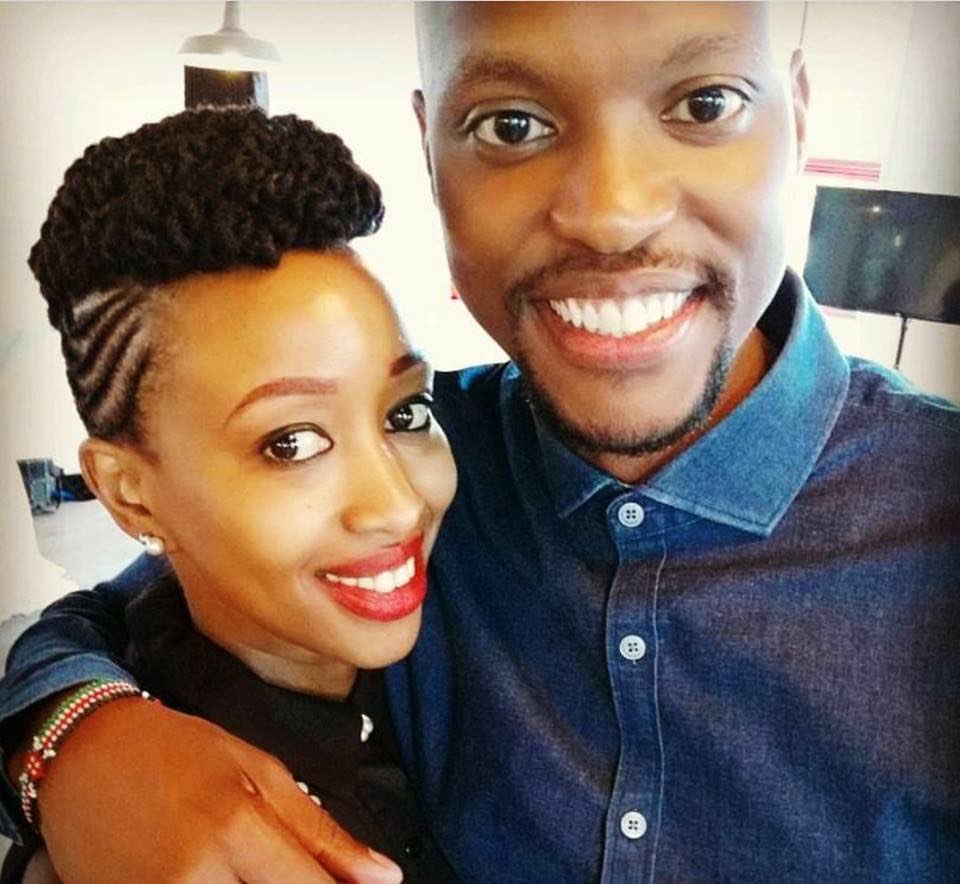 Eddie Ndichu’s close source has reacted to reports that he and Janet Mbugua are divorcing. The assertions were refuted by an unidentified source, who stated that no legal case had been filed. The source demanded to know who had released the ‘fake’ details.

A local daily was questioned by a source close to Eddie, who demanded to know the dates when the alleged divorce lawsuit was filed.

“Even if you go to court, there is no story like that filed. If indeed the story is correct, please give me the details of where you got the story from,” the source insisted (As you well aware, media ethics prohibit journalists from disclosing sources.)

The source then went on to deny that a divorce lawsuit was still pending. “The divorce has not began. You have to rely on facts and also remember marriage is between two people and not about the public, although they are public figures. In any marriage or union, there could be differences but that doesn’t mean there is a divorce.”

Our trusted anonymous source’s information was refuted by the source, who also stated that it was incorrect. “When you go ahead and state that they are divorcing, that is not true.”

When asked about Eddie and Janet’s marriage, the source stated that the two are in a better position to speak about it. “Getting to the details of whether they are married or divorced, that is a matter Eddie and Janet can address. One thing I know is they are not divorced.”

READ ALSO  I am not pregnant, Nyota Ndogo clarifies

There were earlier reports that Janet had filed a divorce case against businessman Eddie Ndichu.

Janet and Eddie Ndichu married in a colorful wedding ceremony at Chaka Ranch in Nyeri County in 2015, and they have two children.

Desagu to keep his bae a secret like Moi did