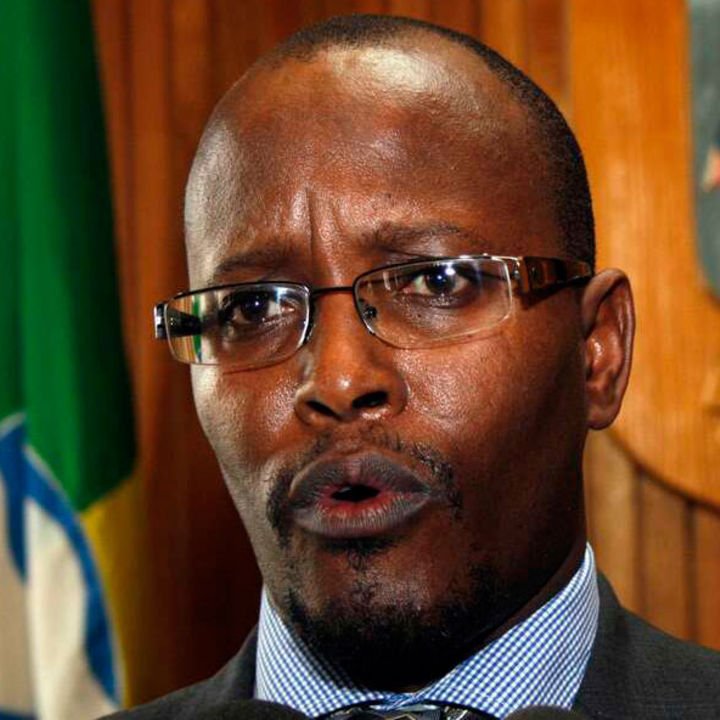 Dick Wathika was a man with a good heart. Though troubled, his heart was healthy.

That was until he met two Bulgarians, Guerassim Nikolov and Gene Grand, in Nairobi. They wanted his help to start a gambling business, and he offered to deal.

Wathika, a likeable bespectacled politician with a cheerful persona, put his heart into it and, as he would realise rather too late, his health too.

For a man who had grown up in Maringo ward in Nairobi’s Eastlands, Wathika, a boxer, looked streetwise. But looks deceive.

His star started rising after he tossed himself into national politics in 1992, and at only 19, he became Kenya’s youngest councillor and later, Nairobi’s youngest mayor.

He also served as Makadara MP between 2007 and 2010 before his election was nullified.

But SportPesa – or rather life in the gambling dungeons where mischief and sleaze rule – was a different ballgame. It was dangerous, rough and run behind the scenes by the mafia, whose love for lavish parties, yachts and jets was epic. It was Wathika who went to look for Nairobi billionaire Paul Ndung’u, an accountant who made his fortune as a Safaricom dealer, to invest in SportPesa.

The billionaire would dip into his deep pockets to inject the much-needed capital to boost initial marketing efforts for SportPesa, to propel it into the big leagues. Both Ndung’u and Wathika knew very little about betting. But sadly for them, despite the fortune it made for them, it would end in death for Wathika and tears for Ndung’u.

SportPesa was in many ways a family-run business. Indeed, the Bulgarian families are distantly related through marriage. But despite their combined skills and experience, SportPesa might never have got off the ground were it not for its deep-pocketed Nairobi shareholders.

It was Wathika who opened the doors for Nikolov and Grand’s lottery and casinos to thrive in the capital. In early 2005, Wathika showed how far he was willing to go to have the Bulgarians set up shop.

One morning in 2005, hundreds of Kenya Charity Sweepstake ticket sellers woke up to find that their lottery kiosks, their livelihoods, demolished by the defunct Nairobi City Council.

READ ALSO  What We Do In The Kenya Airlift Program Shiko Hope TV Interview.

The demolitions happened with the blessings of Wathika. Booths owned by Nikolov’s Toto 6/49 lottery occupied their vacated spots. In the years after, Wathika was occasionally spotted in Nairobi hotels in the company of the Bulgarians. He told anyone who cared to ask that they were his business partners.

Before Ndung’u came fully on board, Wathika was the financially stable partner in the business. He bailed out the Bulgarians on more than one occasion when unpaid debts and the odd unexpected player jackpot threatened to cripple their gambling businesses.

This is how he ended up being a major shareholder and founding chairman of SportPesa, which launched in Nairobi in 2014.

For his part, Ndung’u was at first an absentee director despite putting in Sh100 million to start off the project. Though he owned 17 per cent shareholding in Pevans East Africa Ltd, the company that would register the SportPesa trademark, he had left Wathika as his boardroom sentry – to keep watch over the Bulgarians, whom he barely knew.

But as in the proverbial tale of the Arab, the camel and the tent, Wathika soon found out that after billions started flowing into SportPesa coffers, his space in the boardroom was shrinking. Instead, a newcomer, a university engineering course dropout-turned-pilot, Ronald Karauri, and the two Bulgarians had slowly edged him out of the decision-making table.

Like Wathika, Karauri – a son of former Tigania MP Adams Karauri – had also grown up in Eastlands, in Buru Buru Estate.

An ‘A’ student at Mang’u High School, he had been admitted to study engineering at the University of Nairobi and then quit to join Kenya Airways as a trainee pilot.

Karauri learned quickly, after all he was one of the best aviation students nationally in secondary school exams. Karauri was ambitious. While serving as a pilot, he had been fascinated by the Texas hold ‘em poker game that he played with his friends for fun. And, as he would later say, that is how he found himself at Finix Casino in Nairobi’s Hurlingham section making bets on real money – rather than playing the game with his friends.

It was at the poker table that he met the Bulgarians, the proprietors of Finix Casino, known for its great ambience and complimentary food and drinks. He had a good job as a captain with Kenya Airways and had Sh30 million to invest. Wathika was another regular at the casino.

The former Nairobi mayor, who had also contested the Mukurweini seat and polled 15,071 votes on a Mazingira Party ticket against Kabando wa Kabondo’s 15,454 votes, had known the Bulgarians since their arrival in Kenya, helping them to set up lottery booths around the city.

By getting city tycoons to invest in the Bulgarians’ project, Wathika had won some shares and was listed as the board chairman. Kenya was witnessing a gambling boom, fuelled by a faster internet, a love of the English Premier League and cheaper phones.

SportPesa was launched in February 2014 with fanfare to, perhaps, take advantage of the Fifa World Cup that would take place in Brazil from June 12 to July 13, 2014. The craze had not been anticipated, and the torrent of cash was dizzying.

It is not clear at what point the relationship between Wathika and the Bulgarians started to sour. But by December 2015, Wathika was a disturbed man. And so were his business friends.

Before SportPesa started its tax-dodging mayhem, its gambling potential had been tested through an SMS-based lotto Shinda Smart 6969, which had brought in hundreds of millions of shillings and was quickly flagged by the Kenya Revenue Authority.

But Wathika could see that things were not going well. His blood pressure rose. He was now trapped in the bowels of an international gambling syndicate – where tax evasion, money laundering and subtle threats are part of the business cuisine.

Karauri quit his KQ job, much to the disappointment of his friends, to become the CEO of SportPesa. He took over Wathika’s corner office.

Wathika badly wanted his office on the third floor of The Chancery building on Nairobi’s Valley Road, at least to get a feel from within of what was happening within SportPesa, a brand name he had helped to build by bringing in Ndung’u – a man who had injected Sh100 million to help the business start.

By 2015, the Bulgarians owned 21 per cent of the business and Ndung’u 17 per cent. While it had been agreed that anybody with more than a 5 per cent stake could join the board, some of the major shareholders, like Ndung’u, had left Wathika to keep watch – perhaps the reason he was being sidelined.

His health took a direct hit.

By October 2015, when he was first admitted to Karen Hospital with blood pressure, it was now clear that SportPesa was taking a toll on his health. At the hospital, those who saw him say, any discussion of SportPesa would trigger an attack and nurses had to ask visitors out after the bedside monitors tracking blood pressure sounded an alarm.

Then the worst happened.

December 14, 2015. Wathika is invited to go and thrash out the issues at Finix Casino. He drove himself and met the Bulgarians. The meeting went on until late afternoon. Before it ended, the former mayor collapsed. But he quickly picked himself up.

As he stepped out of the boardroom some minutes to 7pm, he collapsed one more time at the doorstep. An artery had ruptured, according to a post-mortem report.

He died of suspected cardiac arrest that December. Gambling was not a safe bet, even as a business.

While Wathika’s friends questioned, albeit privately, why the Bulgarians did not rush him to the nearby Nairobi Hospital, some 600 metres away, and opted to drive with him, and in the evening traffic jam, for 12km to Karen Hospital, nobody was willing to expose the infighting at SportPesa.