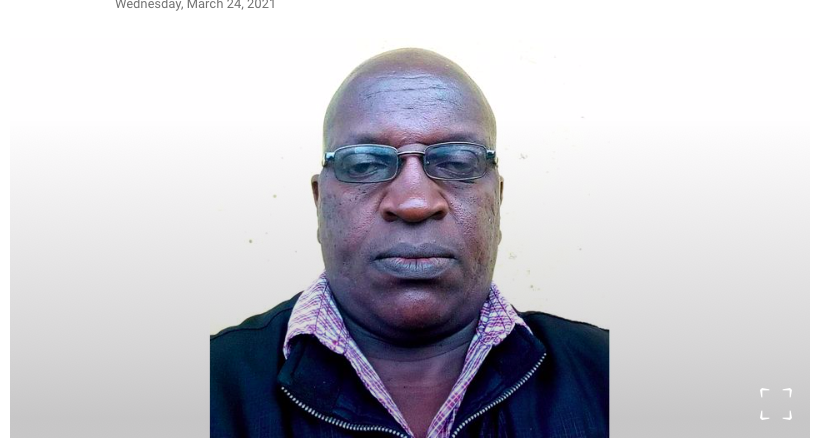 The media fraternity is mourning the death of veteran journalist Reuben Githinji who succumbed to Covid-19 complications on Wednesday.

The Star newspaper reporter based in Embu died aged 52.

According to his sister Grace Wacheke, the journalist passed on at 8.30am at the Murang’a Hospital where he was undergoing treatment.

“My brother has died of Covid-19. We have learnt of his demise with great shock,” she told the Nation.

Mr Githinji was taken ill last week and rushed to Embu Referral Hospital where he was admitted in critical condition.

He complained of difficulty in breathing and he had to be put on oxygen immediately on arrival at the health facility.

While at Embu, his condition deteriorated and doctors said he had to be taken to an Intensive Care Unit.

However, it was established that all the ICU beds were occupied forcing the hospital management to transfer Mr Githinji to Murang’a after local journalists intervened.

The journalists had demanded that he be moved to another hospital where there were ICU beds to save his life.

Mr Githinji died a few days after being transferred to the hospital for specialised treatment.

Born in 1969, Githinji is survived by a wife and one child, a Form Four candidate.

The seventh born in a family of eight, Mr Githinji will be buried at his Nyahururu village home.

“We shall meet as a family to make burial arrangements for our beloved brother,” Ms Wacheke said.

READ ALSO  I have forgiven my ex-wife, says Daddy Owen after break-up

“He took his work seriously and related well with his colleagues. We shall surely miss him,” Embu Media Association chairman Brian Malila said.

The journalists vowed to stand with the family of Mr Githinji during this trying moment.

“Mr Githinji’s reporting was objective and balanced. We have lost a good writer but may God rest his soul in eternal peace,” he said.

The MP said Mr Githinji cooperated with local political leaders and they will forever remember him.

“He was consistent in his reporting and he used to cover both development and political events so well. We have lost a partner in our political journey,” added Mr King’ang’i.