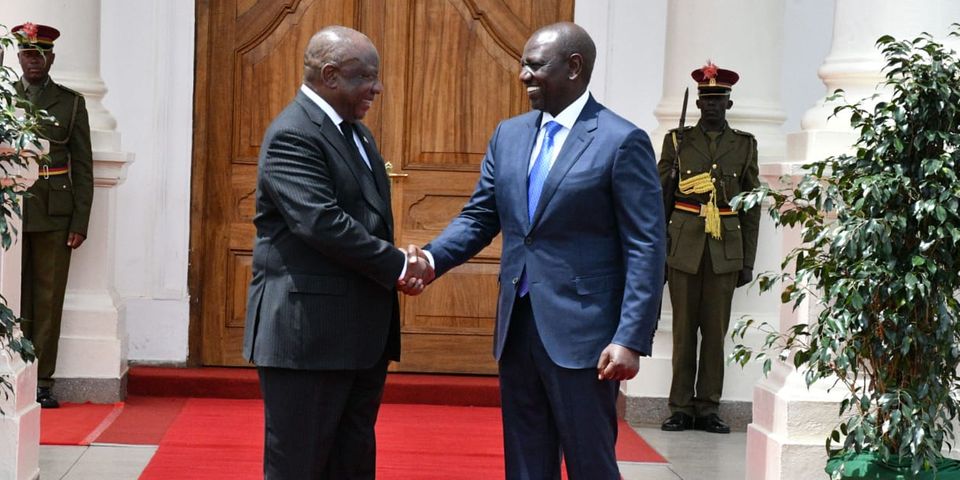 The breakthrough is a result of bilateral talks between President Cyril Ramaphosa and Ruto at State House Nairobi. The announcement was made on Wednesday, November 9, 2022.

“Kenyans holding ordinary passports will be allowed to enter South Africa on a visa-free regime for up to 90-days per calendar year,” announced Ruto.

The two presidents also agreed on a return policy when immigration laws are breached.

As part of an agreement to loosen strict visa requirements for Kenyans, South Africa signed a deal last year to deport all Kenyan illegal immigrants.

According to the agreement reached by President Ramaphosa and retired President Uhuru Kenyatta after a State visit to the nation last year, Nairobi will now be in charge of preventing all illegal immigrants from leaving Kenya and entering South Africa.

READ ALSO  Was the Irate Mob Paid to Pelt Raila’s Chopper in Iten?
Related Topics:NewsSA Visa
Up Next