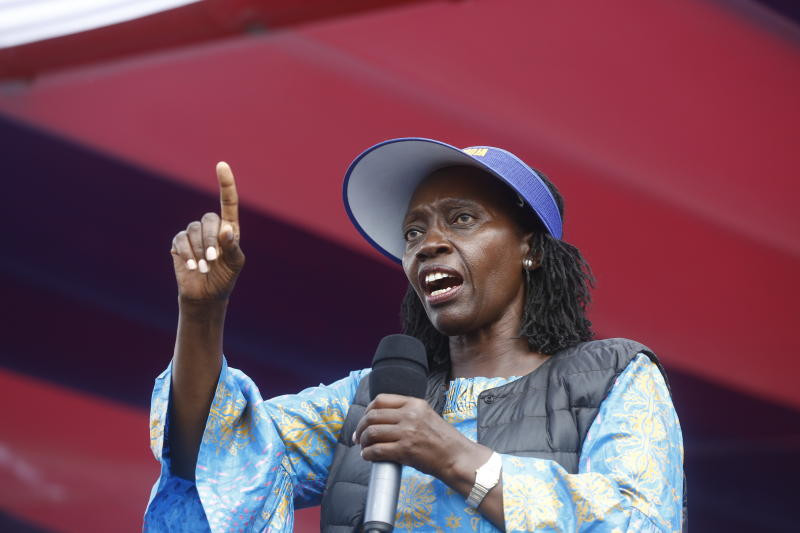 In Kenyan politics, she has received many accolades, including the moniker Iron Lady, for her determination, no-nonsense demeanor, and fearlessness to face whatever is hurled at her.

However, Martha Karua, Azimio la Umoja – One Kenya Coalition presidential running mate, asserts that she has never liked the appellation.

Ms. Karua explained that the fact that she had to be dubbed the “iron lady” in an interview with CNN correspondent Larry Madowo speaks to the level of patriarchy in Kenyan society, as it forced to define her as different from what a woman has been perceived to be, simply because of her show of strength.

Martha Karua would like you to stop calling her "the Iron Lady" pic.twitter.com/DbWS0PXfXb

When asked if Kenyans were ready for a female president, she responded, “that question suggests that women ought not to be on the ballot, because I have never heard anybody questioning whether Kenyans are ready for yet another male president. So that question in itself is discriminatory, Kenya is ready for women at all levels.”

Ms. Karua, a lawyer by training, began her political career under the administration of the late President Daniel arap Moi. She once disagreed with President Moi when he threatened to dissolve the Law Society of Kenya (LSK), reportedly because she supported multi-party democracy.