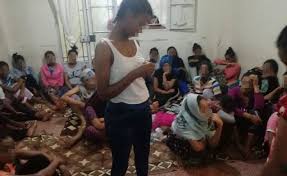 Over 89 Kenyans purported to be domestic workers lost their lives in Saudi Arabia in the last two years.

The abuse of foreign domestic workers has long been a problem in Saudi Arabia and the Kenyan ministry admitted that it never conducted independent investigations.

On several occasions, Kenya has witnessed girls and boys who have been tortured, maimed, killed, and whose rights were grossly abused as a direct result of being trafficked to the Middle Eastby international employment agencies based in Kenya.

On 21st April 2022, Mr. Francis Atwoli, who is the Secretary-General of the Central Organization of Trade Unions (Kenya) (COTU) acknowledged that “our daughters are dying in Saudi Arabia and other places with the consent of the government that is supposed to protect them”.

The Slave trade is back in Kenya with a new name, human trafficking or modern slavery. 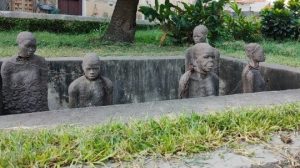 “These employment agencies have been licensed to recruit and export Kenyan girls and boys to Saudi Arabia, Qatar, the United Arab Emirates, Oman, Bahrain, Lebanon, Syria, and Kuwait. Unfortunately, their practices are not adequately or transparently monitored and evaluated. This means that criminal gangs have an easy and seemingly legal channel to sell Kenyans through registering and operating international employment agencies in Kenya,” said Set to Thrive activists.

According to Set to Thrive,  every day, Nairobi is getting flooded with sites of young and naive girls who are evidently from Kenyan remote villages and Uganda being processed for export to the Middle East.

They said the girls are sited around Nyayo house where passports are processed and around hospitals where medical procedures necessary for travel are procured and paid for by the trafficking criminal gangs.

They asked the ministry of labour and social protection to the suspension on Kenya – Middle East labour export pending the fresh vetting of international and local employment agencies by a multi-agency task force.

“Vet every Employment agency to establish the accurate number and the status of persons recruited and exported to the Middle East for labour between 2014 and 2022. Require ALL Employment Agencies to deposit and register copies of duly signed and attested foreign contract of service forms outlining individual employment terms with Kenya’s Ministry of Labour and Social Protection before travel.,” they stated.

They also asked the government to perform a crack-down on illegal recruitment agencies and brokers for foreign criminal networks.