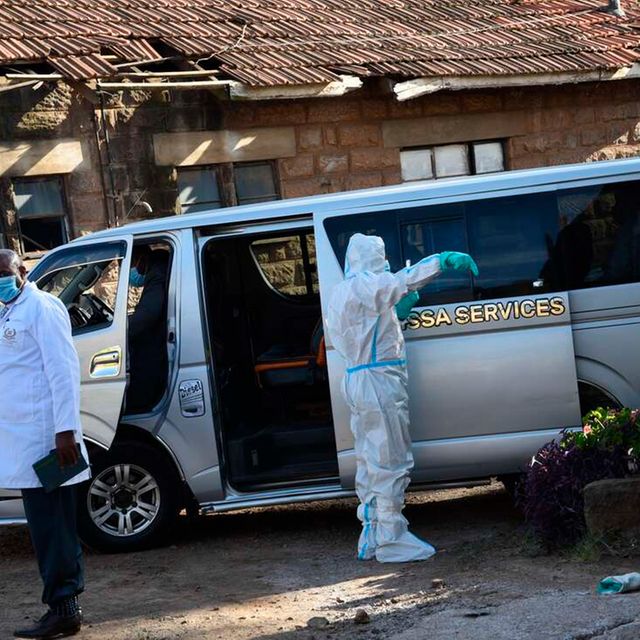 Ms Wambua’s body was found in a thicket at Kerarapon in Ngong, Kajiado County, last Saturday less than 24 hours after she left her place of work never to return.

It is now turning out that she was either being trailed or some unknown persons were demanding some things from her since most of the calls were from unknown people.

Curiously, some of the strange calls, according to sources close to the investigation, were never picked as the callers were hanging up even before Ms Wambua responded to her phone.

These are some of the discoveries investigators are making as they try to piece together what exactly happened on the day Ms Wambua, a veteran journalist, left her belongings and mobile phone in her family car parked outside Hill Plaza, Nairobi, and left for the unknown.

Detectives from the Homicide Department of the Directorate of Criminal Investigations (DCI) spent the better part of yesterday at Ardhi House, where Ms Wambua worked trying to gather whatever they could about her last days there.

It is said that she had informed her supervisors at work that she was depressed and had even been given some days off last Monday.

She was, however, recalled after two days. It is at Ardhi House, which also houses the Lands ministry that Ms Wambua was last seen alive.

While in the building, detectives interrogated security guards and Ms Wambua’s former workmates before inspecting her office which has been designated as a possible crime scene.

After leaving Ardhi House, the detectives headed to Hill Plaza where they also interrogated security guards in an effort to find out if Ms Wambua was alone when she came back to her family car at about 10am last Friday.

As this was happening, a post-mortem that was to be done on Ms Wambua’s body failed to take place for the second time.

The Nation.co.ke understands that it is Ms Wambua’s family that requested for the exam to be pushed to today at the Montezuma Funeral Home in Nairobi.

“We are at a sensitive stretch,” said Mr Kinoti.

At the Milimani Law Courts where Ms Wambua was supposed to be cross-examined as one of the key prosecution witnesses in a Sh122 million corruption scandal yesterday, Chief Magistrate Francis Andayi was forced to postpone hearings until a later date.

Mr Andayi expressed his grief over the death of the key state witness, saying he was shocked to learn about the death.

“In my many years of practice, I have not had such an incident and it is important that the matter be mentioned in a physical court,” he said during a virtual mention of the case against former Telecommunications Principal Secretary Sammy Itemere and others.

Others in the case on theft of Sh122 million from the Government Advertising Agency (GAA) are former GAA boss Dennis Chebitweyi, Lugari MP Ayub Savula, his two wives Gatwiri Ringera and Hellen Kemboi, and 18 others.

The information on the death of Ms Wambua, who had already testified last month, was relayed to the court by the Director of Public Prosecutions (DPP).

“Your honour there is a new development in the case following the passing on of our key witness Ms Wambua who had been stood down for cross examination,” said the DPP.

As a result, Mr Andayi directed that the matter be mentioned today to decide on a new hearing date.