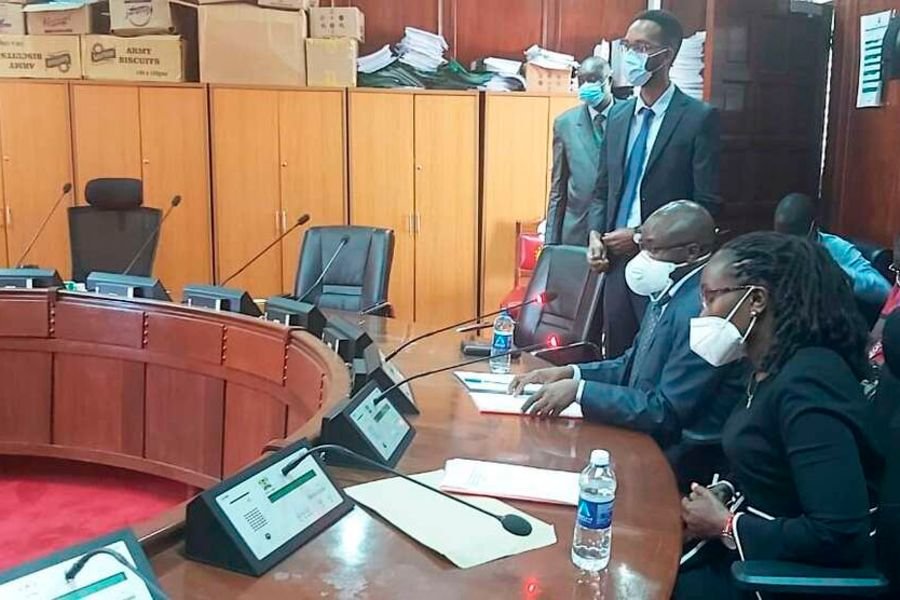 On a slow day in March 2020, Molly Cheruto received a call from a stranger whom she recalls as Abdi. That call was a turning point for her little-known company, Bennets Ventures, as it led her to clinch a Sh180 million tender to supply personal protective equipment to the Kenya Medical Supplies Authority (Kemsa).

A parliamentary committee investigating the Sh7.8 billion Covid-19 scandal at the agency heard yesterday that Ms Cheruto, who is the sole director of Bennets Ventures, heeded “Abdi’s” instructions to apply for the tender and she went ahead to win the contract.

Appearing before the National Assembly Public Investments Committee (PIC) yesterday, Ms Cheruto accompanied by the company’s manager Abraham Kiplagat told the lawmakers that she didn’t know the caller and had not interacted with him before.

“Our company received a call from a man. I can’t recall his full name but I remember only Abdi, and he told us that Kemsa needed PPE in large quantities,” Ms Cheruto told the MPs.

She was at pains to explain how she followed the instructions of a strange caller but her manager, Mr Kiplagat, told the committee that the caller could have “googled” their company where he got the details and decided to call to enquire if they had PPE.

“People were googling about companies that supply PPE. When you google about Bennets Ventures, you will find that we supply PPE,” said Mr Kiplagat.

He added that he had resigned from his job in the corporate world a month before this call and Ms Cheruto approached him to assist him at the company since he had experience on matters PPE.

READ ALSO  Was the Irate Mob Paid to Pelt Raila’s Chopper in Iten?
MPs were dismayed by the uncanny likeness of the duo’s handwriting and the two could not even tell between them who wrote the letters to Kemsa.

Ms Cheruto told the Abdulswamad Nassir-led committee that after taking the call, she went to Kemsa offices in Embakasi and was directed to the procurement office. Two weeks later, she was called and told to supply 40,000 PPE immediately.

The company did not have the financial and technical capacity to supply the tender, as it had never supplied anything to Kemsa since its incorporation in 2008.

The MPs wondered how a call from a person not known by the directors of the company could lead to the connection at Kemsa and the subsequent award of the Sh180 million deal.

“So, let me get this clearly… with no financial capacity, no technical capacity to supply, you just walked into Kemsa and there you were with a Sh180 million tender and got paid swiftly?” posed Mr Nassir.

“What is so special about this company that made it get this huge tender during Covid-19 pandemic and even get paid unlike other companies that are still waiting for their pay?” asked Nairobi Woman Representative Esther Pasaris.

The committee expressed doubts about the account of the Bennets Ventures owner, insisting that there must have been a powerful person who used Ms Cheruto to get the tender.

But Ms Cheruto maintained that no powerful person assisted her to get the tender.

Appearing before the same committee, the owner of Nairobi Enterprises Rajan Dhanani said despite supplying Kemsa with masks at Sh2,080 per box, Kemsa is yet to pay them over Sh120 million

The committee is set to continue with the probe next week.